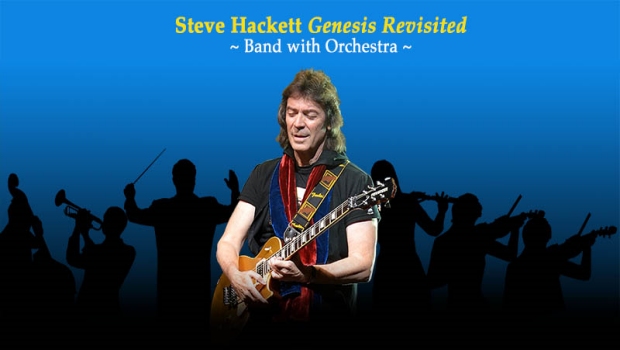 Following on from last year’s sell-out Genesis Revisited tour, Steve Hackett announces a six date UK tour in October. Steve will once again revisit Genesis favourites, along with pieces from his solo career, but this time around accompanied by a 41 piece orchestra. Also Joining Steve for the tour are his regular band – Roger King (keyboards), Gary O’Toole (drums & percussion), Rob Townsend (saxes & flutes) with Nad Sylvan (vocals) and for this tour the bass duties will be undertaken by Jonas Reingold.

Steve Hackett comments: “The decision to undertake this tour was cemented following the critical success of last year’s one-off US performance of the Genesis Revisited music with his band and the Buffalo Philharmonic Orchestra, conducted by the charismatic Bradley Thachuk.”

“It went down a storm with the audience and sounded amazing, with the orchestra adding even more texture and colour to these classic tracks, prompting Steve to want to perform more shows in this way. Such was the gusto and verve brought to the performance by conductor, Bradley Thachuk that he will fly over to the UK to conduct the October shows. This show promises to be a transcendent experience!”

Steve explains, “I always hoped that the Genesis music would one day involve an orchestra and I’m proud to say I’ll now be able to make that dream a reality on my next British tour, involving my own extraordinary rock band alongside a full-sized orchestra.”

The show will feature some of Genesis’ best-loved songs, including Supper’s Ready, Dancing with the Moonlit Knight, Firth of Fifth and more. Steve will not be neglecting his remarkable solo repertoire and there will tracks included such as Shadow of the Hierophant, El Niño and The Steppes. 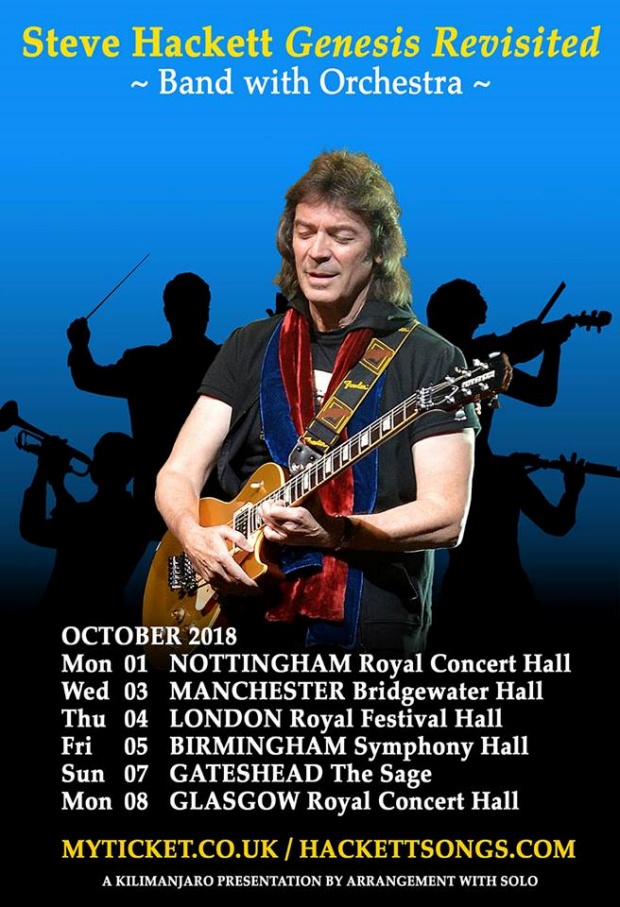 Tour details are as follows: