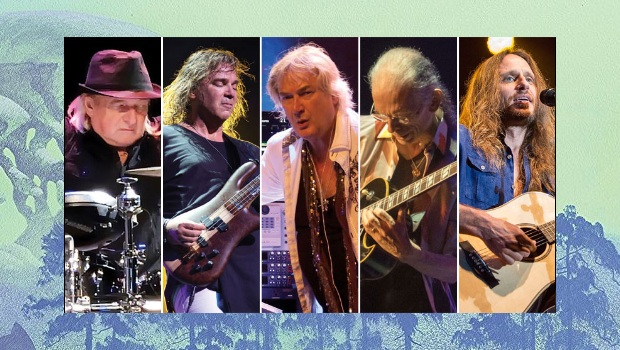 Yes announce the release of Topographic Drama – Live Across America, recorded earlier this year and features, for the first time Drama in its entirety, plus sides one and four from Tales From Topographic Oceans. The release date will be 24th November 2017 and available in the following formats: Double-CD and a Triple-LP along with special edition signed copies. Both versions feature detailed cover-art designed by the band’s long-time collaborator Roger Dean.

TOPOGRAPHIC DRAMA – LIVE ACROSS AMERICA highlights the best performances from the 2017 leg of the 12-show tour and mirrors the set list from those concerts. Each night, Yes opened with all six songs from Drama (1980), the band’s tenth studio album, which peaked at No.2 on the U.K. Album Chart. Standouts include ‘Machine Messiah’, ‘Tempus Fugit’ and the album’s only single ‘Into The Lens’.

After ‘Drama’, the band shifted gears for songs from two of its best-selling albums: ‘And You And I’ from 1972’s ‘Close To The Edge’ (UK Platinum) and ‘Heart Of The Sunrise’ from 1971’s ‘Fragile’ (UK Platinum).

Next, the group played the opening and closing tracks of its concept album, ‘Tales From Topographic Oceans’ (1973). Howe’s exceptional guitar work on ‘The Revealing Science Of God’ and White’s propulsive drumming on ‘Ritual’ have always been regarded as ground-breaking. 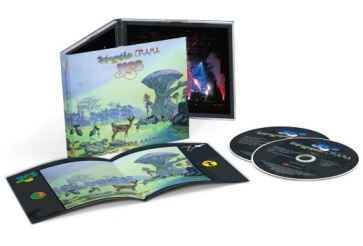 3LP TRACK LISTING
Side One
01. Machine Messiah
02. White Car
03. Does It Really Happen? 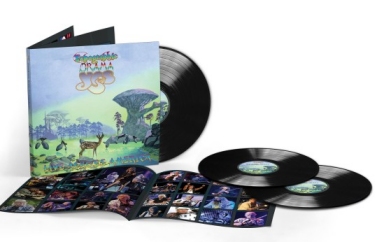 Side Four
01. The Revealing Science Of God
02. Leaves Of Green

Yes will be touring Europe and the UK in 2018, where once again they will perform Sides 1 and 4 along with an excerpt from Side 3 Tales From Topographic Oceans. Please visit the TPA Gig Guide for the UK dates and more from across the prog spectrum.