Ian Anderson has announced that he will be celebrating Jethro Tull’s 50th anniversary in 2018 with an eight date UK tour. The band first performed at London’s Marquee on 2nd February 1968…

Ian Anderson comments “I am not usually a birthday or anniversary kind of guy but, just for once, I won’t be a party-pooper either! I treasure the memories of the earlier years of Jethro Tull repertoire, associated as it is with the adventures of visiting so many countries for the first time to connect with new fans around the world. And this is a celebration of all the 33 band members who graced our ranks – musicians who brought their talents, skills and styles to bear on the performances live and in the studio. Join me and the current band for a nostalgic evening of varied music, representative of my ever-changing songwriting as our careers progressed through the years.” 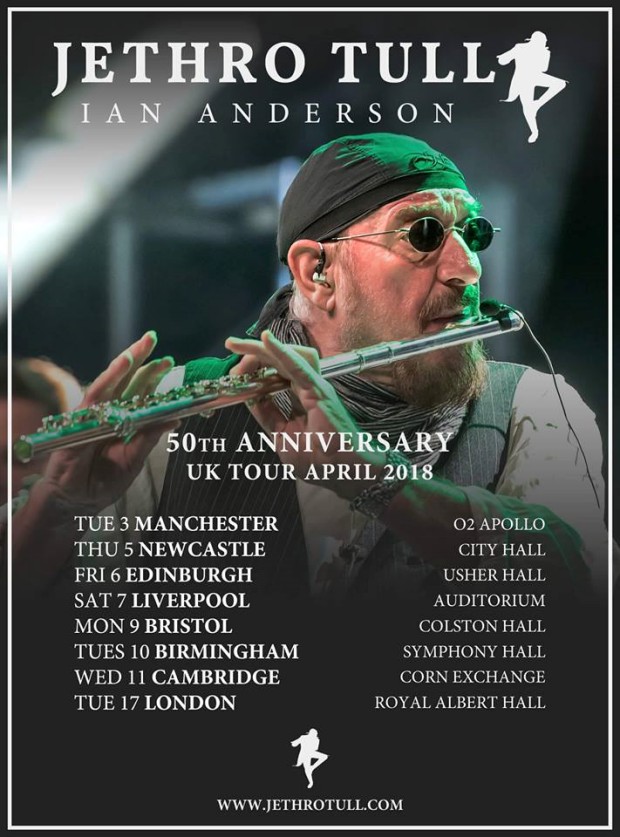 Visit the TPA UK & Eire Gig Guide for these dates and much more from across the progressive spectrum.