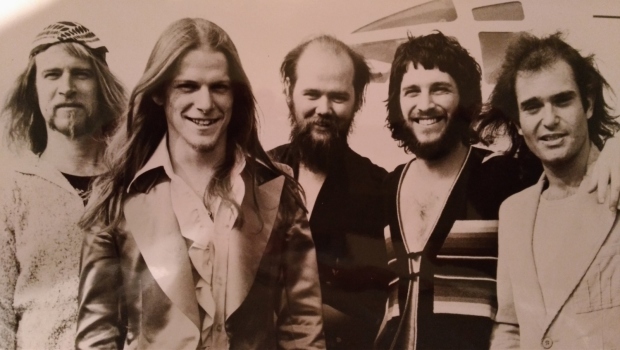 It has been rumoured for quite some time now, however with the first US dates announced, (but still to be confirmed), for 2018 – it would appear that Dixie Dregs are back!

“Earlier this year, the five of us (Steve Morse, Rod Morgenstein, Allen Sloan, Steve Davidowski, Andy West) got together and started talking seriously about playing together as the Dixie Dregs again. Our shared history goes way back in time (for some of us, as far back as high school), to the early 70s. So the synergy of this group has a particular feeling to it that we knew would be worth revisiting. We’ve even been in touch with some of our original crew (Jeff Burkhart, Skoots Lyndon, and David “Dopp” Colvin). Everybody is excited about the idea of our digging into our deep, shared Dregs roots.

From the first incarnation of the Dixie Dregs and through the years since, some incredibly great musicians have been part of the band’s legacy. Those who performed on recordings other than Free Fall include Jerry Goodman, Dave Larue, and Mark O’Connor. Sadly, Mark Parrish and T Lavitz are no longer with us. But Mark’s playing on What If, and T’s unmistakable sound on every Dregs album since, certainly keep their memories alive and fresh.

Who knows what the musical future will bring for the Dregs? But right now, we are looking forward to playing live again, and thrilled to be talking to you about it here. Thanks!”