I have been a fan of The Watch, from Milan, Italy, for several years and have reviewed a few of... Read More → 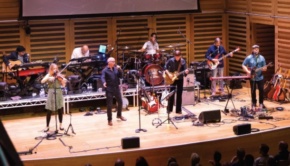 In a surprise announcement Big Big Train reveal that they will release The Second Brightest Star, a companion album to... Read More →