Currently the singer with Steve Hackett’s band and formerly a part of Agents of Mercy with Roine Stolt, and before that Unifaun, Nad Sylvan has just released his second solo album, The Bride Said No, on InsideOut Music. With Nad’s profile higher than ever, TPA’s John Wenlock-Smith took the opportunity to have a brief chat…

To many Progressive rock fans you are mainly known as the vocalist for Steve Hackett’s Genesis Revisited live shows over the past few years. What is your musical history prior to this era? 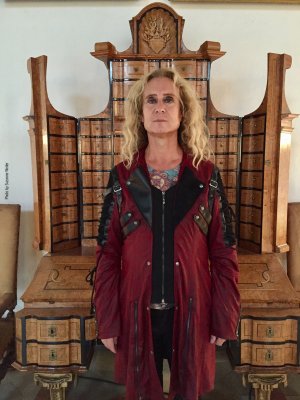 I began playing the piano at the age of four or five. I sought myself to it. Composing came pretty much immediately and has lingered with me ever since. I actively started to sing at the age of 13 and before I knew it, a variety of different local bands became my natural environment. But nothing crucial would come to pass before I met Bonamici, and we formed Unifaun in 2004, a four year exertion to come up with the best tribute possible to classic era Genesis with our own material. We were offered a record deal and released one album in 2008. Soon after it came out, Roine Stolt (Flower Kings, Transatlantic) contacted me and we formed Agents Of Mercy. On his own label we cut three albums in between 2009 and 2011. In 2012 Steve Hackett decided to record a second Genesis Revisited album, and I was recommended by a German promoter who knew of my previous work and could clearly see a future with me singing the Genesis material. I tracked my vocals on three songs and was then offered to go on tour with Steve in early 2013 and I have stayed with him since then.

You seem to have formed a strong working relationship with Nick Beggs. How did that occur? 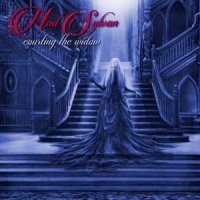 We just hit it off in 2014 and became really good friends. He tracked his bass and vocals for free on my previous album Courting The Widow – something that I see as a token of love and true friendship. Unfortunately due to other commitments he wasn’t able to participate on this new album I am about to release.

You seem to pop up on more albums nowadays, for example on the new PBII CD, ROCKET! The Dreams Of Wubbo Ockels, where you sing on the track Trapped. How did that come about?

I was simply asked by the guys in the band. I really like the song and thought I could add something to it. They seem very happy with the result.

Your last album, Courting The Widow, was well received. How was that for you?

I was amazed by the positive reactions, as I had no idea how it would be received. I feel it very much lingers in the 1970s, where my roots are, but that is also where most of my fans are coming from. 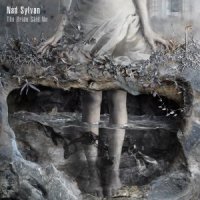 Your new CD, The Bride Said No, is out shortly on InsideOut Music. Tell us about that and how it ties in with the ‘Widow’ album.

Well it’s not a concept album in a true sense, but the Vampirate and the Widow finally come to a close at the alter. The record itself contains little stories with sometimes recognizable characters.

You have strong theatrical elements in your performances. Tell us about those influences.

Well growing up in the 1970s with megastars such as David Bowie, Alice Cooper, Peter Gabriel, etc., they had a very strong impact on me. Besides, I was always the class clown and loved to put on a show to make people laugh, or cry for that matter.

Will there be a final part of the Widow/Bride albums?

Yes I am working on a trilogy and plan to have the next album out later next year. Who knows what happens after that! 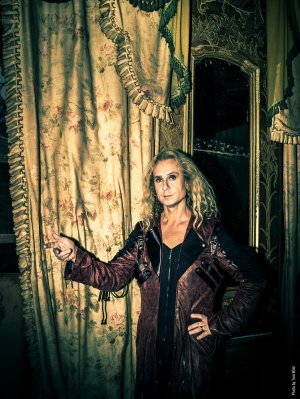 What is next for Nad Sylvan? Will you be doing any solo shows at all?

I am still very much committed to Steve and will keep on touring with him into 2018. but I believe that having three albums to draw from would make a viable tour, which I can see happening later next year or in 2019.

You seem to have no difficulty in attracting top talent for your albums. Is there anyone you dream of working with?

I am very happy where I am at the moment, and would like to see myself continue working with the current lineup of musicians. But as I’m in favor of duets, a recording with David Longdon of Big Big Train would be really fascinating to hear. He has a remarkable voice, with a texture close to my own. Besides, he is a lovely humble man.

My partner Sue was very impressed with your take on the Genesis stuff on both the occasions we have seen you with Steve, and she sends her thanks for your sympathetic and sincere treatment of songs like Firth of Fifth, etc. – you helped make the shows very special for her, so thanks for that.

Thank you very much indeed!

Thank you for taking the time to speak to me Nad, and good luck with The Bride Sad No 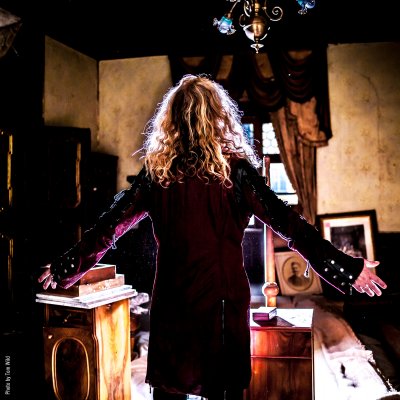 [You can read the TPA review of The Bride Said No HERE.]