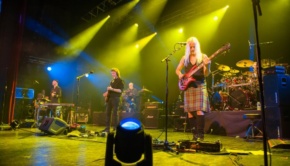 Whilst having an ever active schedule, Steve Hackett, the former Genesis guitarist, graciously took time out to talk to TPA’s... Read More →

When it was announced that Swedish progressive music pioneers Isildurs Bane and Steve Hogarth, Marillion’s vocalist, had come together for... Read More →