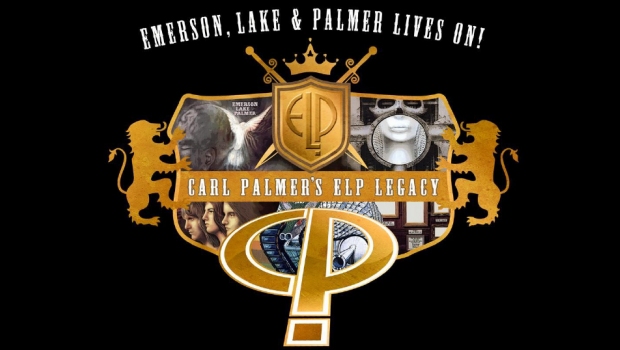 A celebration of the late Keith Emerson, Greg Lake and the instrumental rock classics of ELP Carl Palmer, among the most renowned drummers in rock history and a founding member of both ELP and ASIA, has announced an extensive 2017 World Tour, EMERSON LAKE & PALMER LIVES ON!, a musical celebration of his late band mates Keith Emerson and Greg Lake and their group, ELP.

“I will deeply miss Keith and Greg, both of whom the world lost in 2016,” said Palmer, as he prepares for the longest solo tour of his career. “It is now down to me to carry on flying the ELP banner and I will be playing that great music with my band for many years to come. The outpouring of support from ELP’s fans has been astounding, so, I felt I owed it to them to continue the music we made as a group.”

The tour comes with the international release of a DVD/ CD combo featuring Palmer’s 2016 Pictures At An Exhibition tribute to Keith Emerson (that featured Genesis guitarist Steve Hackett, Vanilla Fudge keyboardist and vocalist Mark Stein and drummer David Frangioni, who made guest appearances) and the band’s Live In The USA CD. The official release of these titles will be through M.I.G, a German-based record and video label.

In addition to Palmer’s compelling stage show, the tour will also highlight his collection of fine art, recently done in conjunction with California’s Scene Four Art Studios. Palmer recently created two new images: Welcome Back (dedicated to Emerson) and Lucky Man (dedicated to Lake). The images in these collections are the result of collaboration between Palmer and the acclaimed Los Angeles Art Team, Scene Four and feature a series of signed and numbered prints of stunning visual images constructed by capturing rhythm. The images combine motion, color, and lighting into some of the most compelling fine art visuals ever created. These very limited Palmer art collections are available at Carl Palmer.

Palmer will present bold, new arrangements of the best-loved instrumental music of ELP, and other composers. A multi-media experience combining music and video projection, the show promises to be among the most musically compelling tours of the year. Carl Palmer ELP Legacy is a red-hot power trio that features Palmer on drums and percussion; guitarist Paul Bielatowicz and bassist Simon Fitzpatrick.

“Since 2001, I have been playing with my own power trio, replacing the keyboards with electric guitar,” says Palmer. “I felt that was the only honest way to approach the music of ELP. I didn’t want to have a singer trying to sound like Greg Lake. ELP did so much instrumental music, this format made sense to me. The idea was to re-invent the music; there will be several new classic ELP tunes this time around.” Palmer also recently launched his official ELP website: Emerson Lake & Palmer Worldwide

In between dates on his extensive Emerson Lake & Palmer Lives On! tour, Palmer will be performing in North America, with his other world famous group, ASIA. ASIA will be the special guest of Journey on its 2017 arena tour during March, April, June and July. (See all the dates Carl Palmer Tour Dates). An extensive summer package tour, which will also feature Carl Palmer’s ELP Legacy will be announced soon, as with additional fall US and Canadian shows.

Carl Palmer’s ELP Legacy will play nearly two hours and drum enthusiasts can expect an evening of compelling percussive skills, from the man who brought the drum set to the forefront of rock n roll music.

Visit the Carl Palmer Tour Dates page for all the dates.