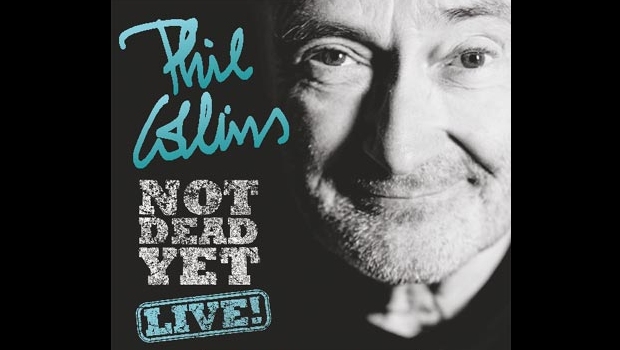 The BBC revealed today that Phil Collins will tour in 2017…

Rock veteran Phil Collins is coming out of retirement after 10 years with dates in London, Paris and Cologne.

The star, whose hits include In The Air Tonight and Against All Odds, will play a five-night residency at London’s Royal Albert Hall next June.

That will be followed by two dates in Paris and two in Cologne.

Collins announced his retirement in 2011, after nerve damage left him unable to play the drums, but revealed last year he planned to go on tour.

People tend to think of me as shiny BMW music. That’s a misconception
Phil Collins, musician

Although he has recovered some dexterity, he said he was unlikely to sit behind the kit on the new tour.

“I think I’ll be just singing. I don’t think I’ll ever be able to play the way I used to.

The star, now 65, said he would practice the iconic drum riff to In The Air Tonight on “a drum kit in the garage” as that was “something I feel I should do.

“It’s just a question of getting strength back.” 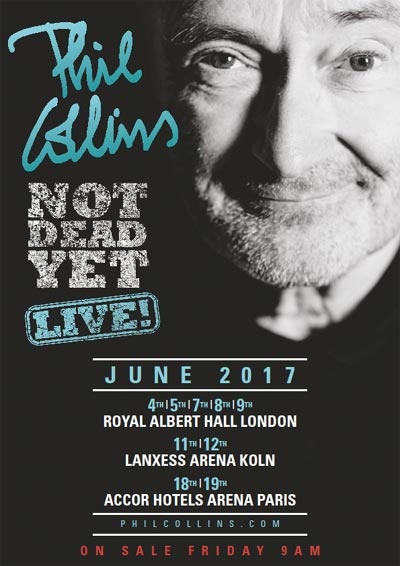 However, he said his 15-year-old son, Nicholas, would fill in for his dad on tour.

“Nicholas is in the learning stage, and he’s already a fantastic drummer,” he said.

Collins made a tentative return to the stage at a one-off show for his Little Dreams Foundation last year, at which Nicholas played drums “and all the band were very impressed”.

The star also sang two of his hits at the opening of the US Open tennis in New York in August.

“I thought I would retire quietly,” Collins said.

“But thanks to the fans, my family and support from some extraordinary artists I have rediscovered my passion for music and performing.

“I changed my mind. I’m living with my young kids and they want me to go out on the road, do some new things, and there’s no reason why not.”

With characteristic understatement, his comeback tour will be called Not Dead Yet Live.

Collins, who enjoyed more UK top 40 singles than any other artist of the 1980s, first came to prominence as the drummer and then frontman of Genesis.

He made his solo debut with his 1981 album Face Value, which included the hit single In the Air Tonight. His other hits include Easy Lover, You Can’t Hurry Love, One More Night and Another Day In Paradise.

But the star played down his image as a 1980s soft-rock balladeer.

“People tend to think of me as shiny BMW music,” he said at a press conference announcing the tour. “That’s a misconception.”

The Royal Albert Hall concerts will take place on 4, 5, 7, 8 and 9 June. The Cologne dates take place on 11 and 12 June with the Paris dates the following week.

Tickets go on sale on 21 October. Collins’s memoir Not Dead Yet: The Autobiography will be published later this week. 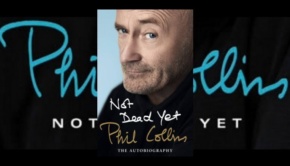 Phil Collins – Not Dead Yet →