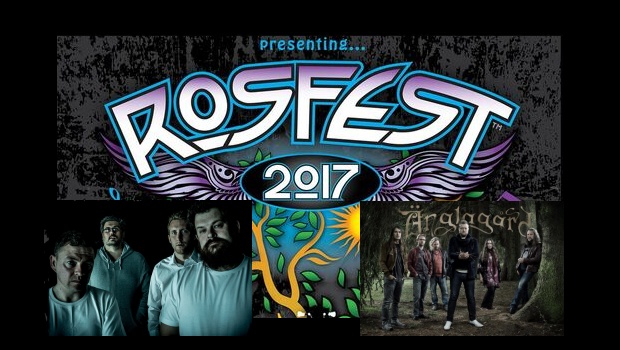 Following on from the announcement that instrumental rockers The Fierce And The Dead would perform on the Sunday morning, at next year’s RoSFest festival, comes news that Sweden’s, Änglagård will also be performing the same day.

“We’re happy to announce that The Fierce and the Dead will be the opening band for Sunday at Rosfest 2017. This slot at the festival is often dubbed The Church of Prog; the truly dedicated audience filling these chairs on an early Sunday morning, receptive to good music and eager to spread the word about it, is the equivalent of a congregation in progressive rock circles.” 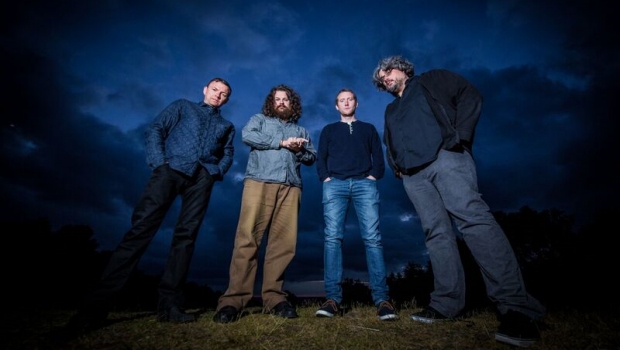 The Fierce And The Dead will be playing their first US gig at Rosfest 2017. Held at the prestigious Majestic Theatre in Gettysburg, Pennsylvania, Rosfest is America’s leading festival of progressive music. Rosfest 2017 will also feature The Neal Morse Band, Änglagård, The Aaron Clift Experiment and Unified Past with many more bands still to be announced.

“We’re so pleased to be playing in America and to play our first show at RoSfest is very exciting. Everyone I’ve spoken to who has been has said what a great festival it is and we’re really happy be involved” says guitarist Matt Stevens.

Formed in 2010 The Fierce And The Dead are an instrumental rock band whose sound has constantly evolved since debuting with a 19 minute one track EP. Their music combines epic post rock with electronica, krautrock, hardcore and psychedelia alongside more progressive influences. The band have released 2 albums and 3 EPs with a third album to be released in 2017. They have a cult following around the world and have been critically acclaimed by the underground and mainstream music press alike.

During 6 years of touring the UK they have played at festivals including Arctangent and Ramblin Man and played alongside everyone from Hawkwind to Dave Lombardo, the Aristocrats, Dillinger Escape Plan and Crippled Black Phoenix. They have even appeared twice on snooker player and interesting music fan Steve Davis’s radio show. They have been twice nominated at The Progressive Music awards for Best New Act and most recently this year for Breakthrough Act.

“Events like RoSfest are willing to take chances and invest in the global scene they represent – we are beyond stoked to have been asked to play, a real honour” adds bass player Kevin Feazey.

“We’re excited to announce that legendary Swedish band Anglagard will be the Sunday night headliner at ROSfest 2017, concluding the festival as the final band. 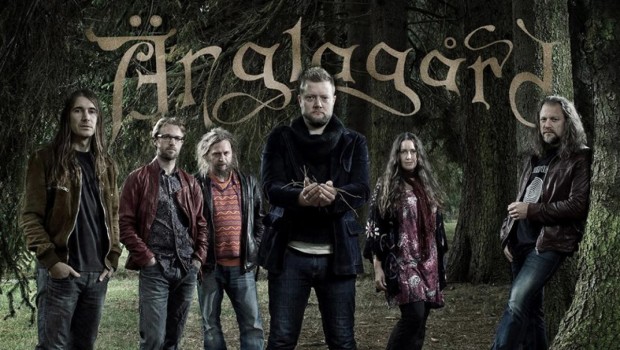 Anglagard was initially formed in 1991, and in just a few hectic years they released their debut album “Hybris,” played at Progfest in Los Angeles, and released their second album “Epilog.” They then disbanded, although a live album “Buried Alive” surfaced a couple of years later. In 2002 the band reformed, played at festivals in Germany (Freakfest) and the US (Nearfest), and then went into hiatus.

Since 2008, Anglagard has once again been an active venture. The new line-ups changed on a fairly consistent basis for some time, but a core set of musicians kept the band going. In 2012 they released their long-awaited third studio album “Viljans Oga,” regarded by many as their finest moment. From 2014 and onward the line-up stabilized, consisting of Anna Holmgren (flute, sax), Johan Brand (bass), Tord Lindman (guitars, vocals), Erik Hammarström (drums), Linus Kaase (keyboards) and Jonas Engdeaard (guitars). In recent years they have been booked for the prestigious Cruise to the Edge event twice, in 2015 as well as the upcoming trip in 2017, and they have recently reported that new material is in the works.

Anglagard was one of the driving forces behind the revival of progressive rock in the early 1990’s, and it’s a pleasure for us to welcome them back to the USA for ROSfest 2017. We’re as eagerly looking forward to seeing them live as everyone else, and expect to see a packed house when we have the honor of watching them conclude the 2017 edition of ROSfest.” 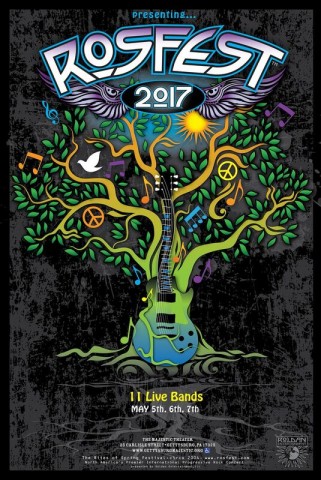 RosFest 2017 takes place between 5th & 7th May 2017 at the Majestic Theater in Gettysburg.