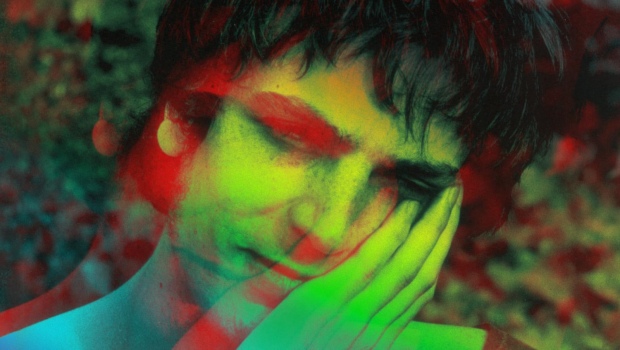 Cambridge Live has announced that it is teaming up with the Cambridge Film Trust to premiere a series of films about both Syd Barrett and the Swinging Sixties at the 2016 Cambridge Film Festival, as part of its celebrations of the life and work of Syd Barrett.

The centre piece will be a film, entitled ‘Get All That Ant?’, a free form documentary filmed by a former school friend and fellow art student of Syd Barrett’s, Anthony Stern.

The documentary feature is made up of film footage, stills and archive footage taken during the 1960s and filmed in Cambridge, London and San Francisco. With the majority of footage having never been seen before, the film includes live performance footage and stills from The Rolling Stones, The Doors, Pink Floyd and Donovan as well as footage of friends and colleagues of Syd Barrett including Iggy Rose, the girl on The Madcap Laughs album sleeve and former girlfriends Libby Gausden and Jenny Spires.

The film will premiere as part of a series of film screenings about Syd Barrett and Pink Floyd on Friday 21st October at the Cambridge Guildhall as part of the 36th Cambridge Film Festival which runs from 20th – 27th October.

In addition to the film premiere, Cambridge Live has teamed up with ISpySydinCambridge.com who are offering Syd Barrett-themed walking tours of Cambridge on the weekend of the concert. Led by former school friends of Syd Barrett, Stephen Pyle and Warren Dosanjh, the tours trace some of the key places in the city relevant to the life of the former Pink Floyd guitarist including his former family home, his school, as well as David Gilmour and Roger Water’s ’s family homes.

The film premiere and walking tours are part of a series of previously announced celebratory events about former Pink Floyd member Syd Barrett centered around the unveiling of a piece of public art, commissioned in collaboration with Syd Barrett’s family, on Thursday 27 October inside the Cambridge Corn Exchange (the location of his final ever live performances). Following the art unveiling is a live concert entitled ‘Syd Barrett – A Celebration’ featuring Swedish group Men on the Border backed by the Sandviken Symphony Orchestra, with lighting from original Pink Floyd lighting designer Peter Wynne-Wilson.

Tickets for the fim screenings and the walking tours will be available from www.cambridgelivetrust.co.uk.

Speaking about the premiere of ‘Get All That Ant?’, filmmaker Anthony Stern said “The film came about after a diagnosis of Parkinsons encouraged me to make sense of the last fifty years of my life. Delving through my cellar, I found suitcases full of Nagra tapes, film reels and over 7000 still photographs from the period 1963 – 1970. This film is a homage to that time, capturing the dreams, memories and reflections that sprung from a moment when we really thought we could change the world. Fifty years on, I’m starting to think these values are starting to reemerge”.

Cambridge Live Operations Director Neil Jones said “It’s great to link the world premiere of Anthony Stern’s film to this year’s Cambridge Film Festival. The footage in the film has locked away for over 4 decades and makes for an incredible documentary of the Swinging Sixties by a man who was at the very heart of the scene and captured it all first hand. Along with other films about Syd Barrett it should make for a fantastic evening”.