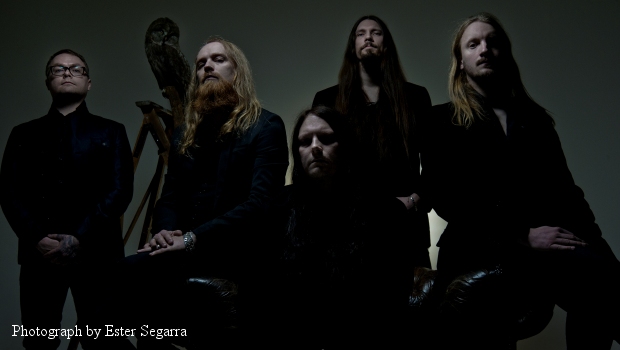 Katatonia, the Swedish purveyors of dark progressive rock/metal, have released more details of their eagerly awaited 10th studio album – The Fall of Hearts which is set for release on the 20th May 2016 through their long-time home of Peaceville Records.

Katatonia have spent the past four years since the release of Dead End Kings touring the world, as well as expanding their fanbase through two special albums on Kscope, the sister label of Peaceville. 2013 saw the release of Dethroned & Uncrowned which exploded the core of the songs on Dead End Kings creating new moods and textures. In 2015, they released the live acoustic album and concert film, Sanctitude. Both releases illustrate the band’s journey toward this, their current more progressive sound.

Anders Nyström “we’re proud to even have accomplished a tenth album. With that now in the bag, we’re pleased to see where it has taken us musically. We knew we had to come up with a great follow-up to Dead End Kings as we never considered Dethroned & Uncrowned to be our last album, but nevertheless that album also played a leading role in where we could potentially take our sound.”

The Fall of Hearts is an immersive and frequently disarming journey through the bleakest of metaphysical winters, but your guides through the fog have just enough hope in their hearts to ensure that the experience is both hugely enriching and quite unlike anything else the world has to offer. Mankind’s inevitable demise may be looming ahead, but Katatonia continue to wring life-giving drops of hope from the fabric of our collective downfall.

The Fall of Hearts is the first record to feature new drummer Daniel ’Mojjo’ Moilanen and with the addition of their recently recruited guitarist Roger Öjersson (Tiamat), who came in just in time to sprinkle some blistering solos on the album, guitarist Anders Nyström commented on the addition of Roger Öjersson: “We’re delighted to welcome our neighbour Roger, a true multi-musician extraordinaire, into our spiralling ways of darkness. Currently with this five-piece, there’s nothing hold back or limiting Katatonia’s potential, neither in the studio nor on stage. Our ever growing ambition may now begin to manifest our vision.”

Katatonia will continue to push their musical boundaries beyond their roots in the metal scene while drawing in new fans from across the musical spectrum like peers such as Opeth and Anathema have also done, cementing Katatonia’s place as one of the most revered and cherished of all bands in the world of modern heavy music. 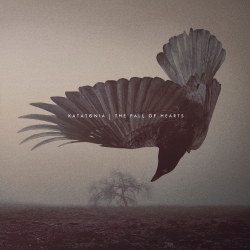 The Fall Of Hearts will be released on the following formats:

CD featuring:
• The Fall Of Hearts 12 original album tracks with a total playing time of 67:32 minutes.