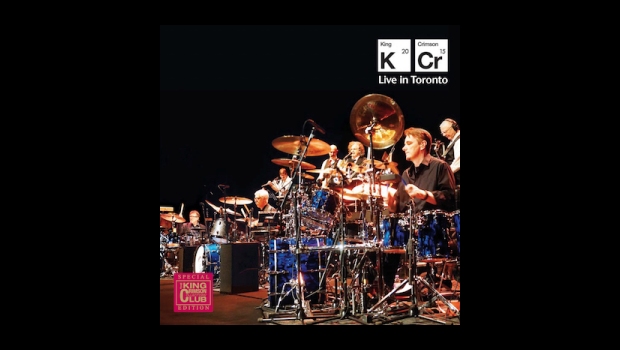 “DGM announces an official Collectors Bootleg of the recent King Crimson concert in Toronto from 20th November 2015 – one of the standout performances by the new seven-piece, triple-drummer incarnation. It can be downloaded from www.dgmlive.com and will also be available from the site as a mail order Collectors Club Special Edition from 17th March 2016.”

The band have also revealed a September release for a full live album which brings together the complete King Crimson set-list “compiled from numerous nights and selected performances”. There will also be a multi-disc set featuring selected in-concert footage. The release will coincide with the start of King Crimson’s tour dates for 2016 – see below.

“This Official Collectors’ Bootleg captures King Crimson on a single night in the middle of the band’s Canadian tour in November 2015. With the exception of one small edit following an announcement before the band take the stage, the running time of this concert is exactly as it was heard in the hall by those fortunate enough to have been there. Even by the high standards set by King Crimson’s current line-up, this concert was agreed by all involved to have that extra special ingredient, making it the perfect choice when seeking an official release to counter the poorly recorded bootlegs that have begun to circulate.”

The first full concert release by the current line-up of King Crimson will be released via mail order on March 17th.  You can pre-order here:
Inner Knot (USA customers)
Burning Shed (UK and Europe)