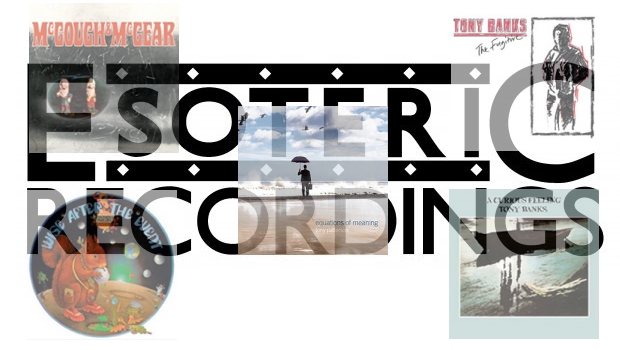 Following on from recent announcements for the forthcoming January release of Sanguine Hum’s “lost” album, along with the newly re-mastered and expanded edition of the 1977 eponymous album from legendary Dutch guitarist Jan Akkerman and Andy Jackson’s new studio album, 73 Days At Sea, are details of February releases from Anthony Phillips, Tony Banks, McGough & McGear and Tony Patterson.

Following on from the impressive 5 Disc Special Edition of Anthony Phillips Private Parts & Pieces I-V, released in August this year, comes news of the release of Wise After The Event (78), a 4 Disc Deluxe Box Set.

“This deluxe edition features a new stereo mix of the album, a newly re-mastered version of the original album stereo mix and a CD of demos, out-takes and extras. The set also includes a DVD (NTSC – Region Free) of a new 5.1 Surround Sound Mix of the record and a lavishly illustrated booklet with a new essay by Jon Dann featuring interviews with Anthony Phillips and Rupert Hine”…

Tony Banks‘s A Curious Feeling (30th Anniversary) and The Fugitive will be available in a 2 Disc Expanded Editions, 180gm vinyl and standard CD formats. Remixed from the original master tapes by Nick Davis and Tony Banks, resulting in a more dynamic sounding albums.

A Curious Feeling: “This Deluxe CD & DVD release includes a 5.1 SURROUND SOUND MIX of “A Curious Feeling” and the 96 kHz / 24-bit Stereo Mix of the album, along with the rare promotional videos of ‘For a While’ and ‘The Waters of Lethe’. The booklet features notes by Tony Banks and rare studio photographs.”

The Fugitive: “This Deluxe edition release includes a DVD with a 5.1 SURROUND SOUND MIX and a 96 kHz / 24-bit Stereo Mix of the album, along with the rare promotional video of “This is Love”. This definitive edition of “The Fugitive” is packaged in a hard-back book style with illustrated booklet and note from Tony Banks.”

Mike McGear & Roger McGough‘s 1968 eponymous album undergoes the Esoteric re-mastering treatment and will be available for the first time in a 2 CD format offering both stereo mix and the original mono mix.

“The reissue restores the original album artwork and liner notes by Beatles’ biographer Hunter Davies and also features a new essay with an exclusive and extensive interview with Mike (McGear) McCartney”.

Esoteric Antenna have now officially announced the release of the Tony Patterson‘s latest solo album, Equations of Meaning. In 2014 multi-instrumentalist Tony along with keyboards man Brendan Eyre released their well received Northlands album. Since then Tony has worked on his fifth solo release, which sees Brendan appearing as one of the guest musicians.

“Equations of Meaning combines beautiful soundscapes with heartfelt, wistful songs dealing with such subjects as loss, longing and even a cynical observation of social media.

Vocalist and frontman Tony is also widely regarded for his work in the UK’s leading Genesis tribute band, ReGenesis, who follow up their successful Selling England By The Pound (and more) Tour from 2013 with soon to be confirmed tour dates in 2016, performing The Lamb Lies Down On Broadway. Two early dates, in March, have been confirmed in London & Wolverhampton with more dates around August.

All releases are scheduled for 26th February 2016. 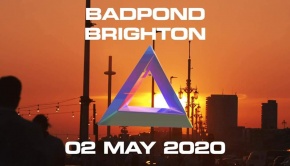