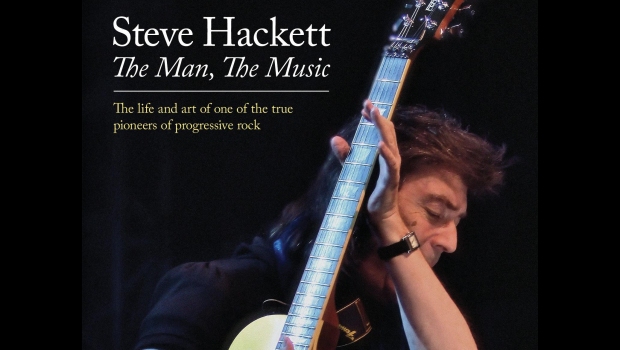 “In this fascinating documentary, Steve talks to the camera about his life from his days with Genesis, GTR and his multifaceted solo career. In candid and personal interviews, filmed over a number of years, Steve reveals some of the tensions and stresses of a life in progressive rock.”

Steve Hackett – The Man, The Music: “Exclusive studio sessions feature Steve reliving some of his key musical moments and offers a virtual masterclass in some of his electric and acoustic guitar techniques.”

Steve Hackett – The Man, The Music DVD will be released in September, a month ahead of the recently announced Premonitions: The Charisma Years (1975-1983) 14 disc box-set – more information cab be found HERE on TPA .

Also previously announced is the Esoteric Recordings (Cherry Red) official re-release of a two disc edition of the Steve Howe/Steve Hackett GTR collaboration album from 1986. The new edition has been newly re-mastered and is presented with an additional fourteen track CD of GTR live in Los Angeles from the same year. The album will be available in two formats and released 28th August 2015. More info can be found at the HackettSongs webstore.

To celebrate his 40th Anniversary as a solo artist, Steve Hackett will embark on his 19 date Acolyte To Wolflight with Genesis Revisited Tour in the UK in October. Below is a sneak peak of how things are going.

All dates can be found in the TPA UK Gig Guide