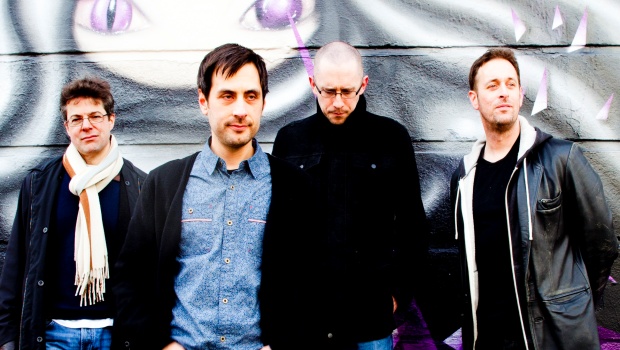 Oxford-based Esoteric Antenna artists Sanguine Hum have announced three concerts to take place in the UK this September. The band will showcase material from their recent Now We Have Light album, released in February this year, and will also perform material from their back-catalogue going back to their previous incarnation as Antique Seeking Nuns.

The three shows, to be held in small venues in Leicester, Bristol and London, will offer a rare and exclusive opportunity to catch the band taking a break from pre-production work on their next album, Now We Have Power, planned for release in 2016. The band will be previewing music from NWHP in these shows.

Keyboardist Matt Baber said, “After the effort of releasing Now We Have Light in February and putting together a set for HRH Prog in March, we expected to take a break for a while. Instead, the energy quickly returned, and not only did we get the bug to start building the new record, at the same time we felt that doing just one gig for NWHL, after all the hard work that went into it, wasn’t quite enough.”

Drummer Andrew Booker commented, “Normally we do one-off festival appearances, which are great in terms of audience, but we like to play a set more than once if we can! I am very much looking forward to these back-to-back dates and being able to roll off On The Beach, In Code and Diving Bell three nights in a row.”

Special guests for the September concerts will be Burning Shed ambient electronic artists Darkroom, comprising Os (bass clarinet, modular synth and custom looping software) and Michael Bearpark (guitar). The duo have been crafting their mix of progressive/krautrock-based ambient guitar and electronics since the mid 1990s. They released their latest record, The Rest Is Noise, in June 2015.

Sanguine Hum – Now We Have Light →