Details are coming through for a major European tour for Yes in 2016 – one which see the band perform the Fragile and Drama albums in their entirety. The UK-European 2016 tour visits twenty seven cities across Europe and includes ten dates in the UK. No official posting has appeared on the Yes website as yet. 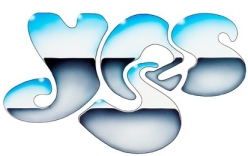 Other early dates include Paris’ Olympia Hall (13 May) and the following evening at Brussels – AB (Ancienne Belgique) Hall.

Steve Howe commented: “This is the first time we’ll be performing Drama in its entirety. In fact, most of the Drama songs haven’t been performed in some 30 years.”

Alan White added “Drama’s a great album, and we decided it’s long past due to bring its life and energy back to the forefront. We think the fans will love hearing Fragile and Drama in their entirety, and we certainly look forward to performing them.”