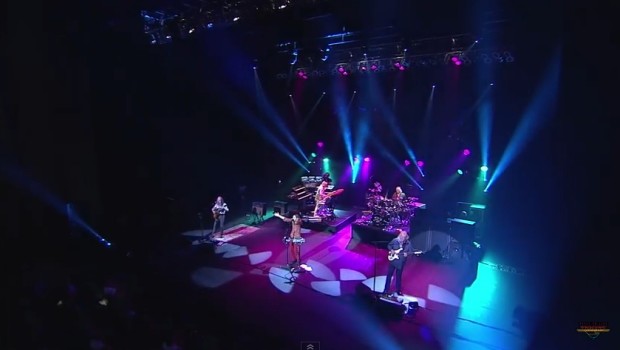 Frontiers Music SRL, is pleased to announce the upcoming live release by the legendary rock group YES, entitled LIKE IT IS – YES AT THE MESA ARTS CENTER on July 3rd in Europe and July 10th in North America.

Available in 2CD/DVD, Blu-ray and Digital formats, with a later release planned on vinyl too, this new live album, which follows a similar path to the successful release “Like It Is – Yes at the Bristol Hippodrome”, sees two of the band’s signature albums, 1971’s FRAGILE, and 1972’s CLOSE TO THE EDGE performed live in their entirety on the band’s 2014 world tour.

Recorded live on Tuesday August 12th, 2014 at the Ikeda Theater in Mesa, AZ, featuring Chris Squire, Steve Howe, Alan White Geoff Downes and Jon Davison, offers an exciting take on two amazing pieces of music which include live staples such as “Roundabout”, “Heart Of The Sunrise”, “And You and I” and the epic “Close to the Edge”.

“That evening in Mesa, Arizona was a great one. The audience was fantastic; they loved the music and really made it a very special night for us. And we were in top form. The music sounded great and we could have played all night,” says YES co-founder and bassist, Chris Squire. “ ‘Like It Is’ brings the magic and wonderful music of that evening to fans everywhere, and we’re sure they’ll enjoy listening to it as much as we did performing it.”

This new live release comes as YES continues one of its most fertile musical periods in their nearly five decade history and is a perfect companion piece to the other retrospective live release, “Like it Is – Yes at the Bristol Hippodrome”, which included amazing renditions of “Going for the One” and “The Yes Album”. Formed in 1968, the band has endured for nearly five decades and remains one of the most popular live touring acts in rock n roll. They have recently announced their US tour with label-mates TOTO. All dates and ticket links here.

TRACK LISTING
CD1 (LP1)
Close To The Edge
And You And I
Siberian Khatru. 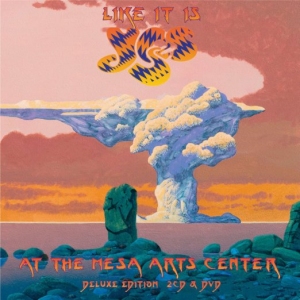