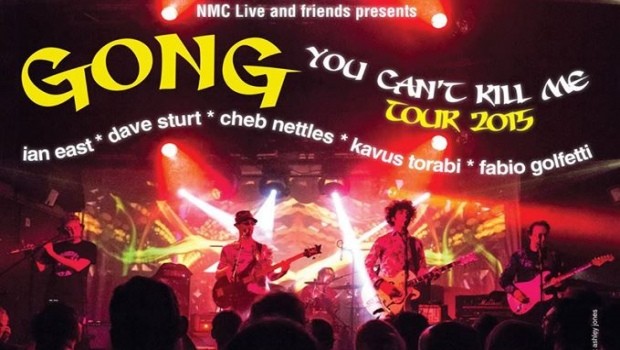 Gong reveal that they will undertake a short series of UK dates in October, continuing the legacy left by Daevid Allen. The line-up for these dates will be Ian East, Dave Sturt, Cheb Nettles, Kavus Torabi and Fabio Golfetti.

Further details can be found in TPA’s UK Gig Guide

“When it became clear that Daevid wouldn’t tour again we all decided it was imperative that the Gong band continued. This was Daevid’s passionate wish. So here we are on the road once again fellow travellers. Fill up your teapots and come join the ride! Love and peace Gong 2015”

This was Daevid’s last message to the current Gong band…
“I feel you are all equally on the brink of a whole new era of Gong, musically, lyrically and spiritually and that pretty much all you have each done until now has been a preparation for this time.

I want you to know I am 100% behind you with this project and I wish you huge success in every way you decide to measure that success. I am really proud of laying the foundation for the Gong tradition and have done my best to make it as multi layered, wide ranging and open ended as I possibly could so that almost anything was possible as a result.

At last I am free to let go of it so now it is up to you guys to carry it on into new unknown heights and depths far beyond anything I could ever imagine myself. Thank you for being there and going for it and may the rewards be unimaginably powerful for each! Love and massive soulful hugs
Daevid” 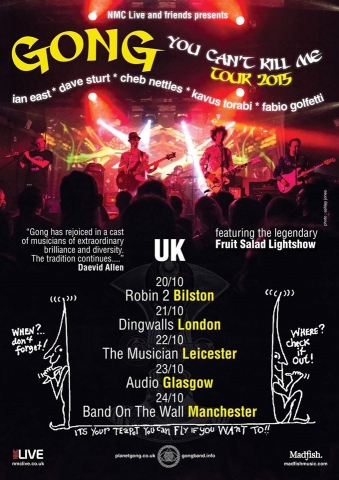