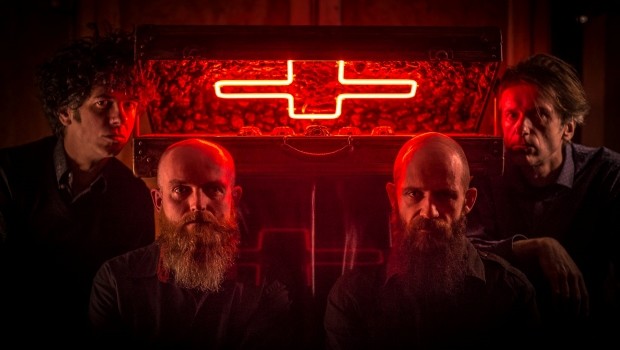 Cuneiform Records announce the release of Obscure Knowledge from UK experimental post-rockers Guapo. The single 43 minute long track is currently available for pre-order ahead of the 26th May 2015 official street date.

The group started their life as a heavy bass/drums duo playing post-hardcore, noisy rock, but in the two decades since, they have expanded their instrumentation and their stylistic references to become one of Europe’s most highly respected ‘muscular and modern’ experimental/progressive rock bands.

The album’s 43 minute long track is a dynamic, fluid beast that takes the listener on a scenic journey through loud New York minimalism, celestial drones, avant rock, kosmiche-noise, rockin’ riffs and way beyond.

Smith, who is also a sculptor as well as drummer, looks after the aesthetic considerations of Guapo and is keen to provide a backstory for their albums. Smith explains: “The title of the piece of music and album is derived from the psychoactive rituals of various Native American people who are said to ‘tap into obscure knowledge’ when performing certain rituals and rites of passage.”