Tony Banks will release, A Chord Too Far, as a four-disc box-set bringing together selected songs from his solo career. The box-set will be released on 6th July 2015 on the Esoteric Recordings label and through Cherry Red Records.

“With a tracklist personally selected by Tony, this special edition set consists of 49 songs  and pieces, many of which have been remixed exclusively for this collection, and are from his seven solo and two orchestral albums – A Curious Feeling (1979), The Fugitive (1983), The Wicked Lady (1983) (film score), Soundtracks (1986) (a combination of original scores Tony wrote for films Starship and Quicksilver), Bankstatement (1989), Still (1991), Strictly Inc (1995), and his orchestral albums Seven: A Suite for Orchestra (2004) and SIX Pieces for Orchestra (2012) – culminating in this unique collection of his eclectic and diverse music. Also included are four unreleased pieces, three of which are keyboard demos of from his orchestral suites. The other is a piece originally written for the ‘Still’ album.

Inducted into the Rock and Roll Hall of Fame in 2010 as a member of Genesis, Tony is one of the most respected songwriters and keyboardists in the world. His career spans almost 50 years and has seen him sell in excess of 130 million albums. His body of work is as innovative as it is eclectic. Genesis’ avant-garde style made them one of progressive rock’s founding fathers in the 1970s, creating an experimental style of rock music never before seen. They went on to produce music with a greater pop sensibility in the 1980s that saw them become one of the biggest selling bands of the decade, and play stadiums throughout the world.

His solo work has continued in the same vein. As well as his rock albums which has included collaborations with some of the world’s most respected musicians including singers Toyah Wilcox, Fish and Nick Kershaw, bassist Pino Pallodino, and drummers Steve Gadd and Vinnie Colaiuta, as well as long time Genesis collaborators Daryl Stuermer and Chester Thompson. He has done original scores for four films – The Shout (1978), The Wicked Lady (1983), Starship (1985) and Quicksilver (1986) and most recently his orchestral albums, Seven: A Suite for Orchestra and SIX Pieces for Orchestra, that were performed by the London Philharmonic Orchestra and City of Prague Philharmonic Orchestra respectively. Both were met with critical acclaim with classical music aficionados, Gramaphone Magazine, saying “A rock musician goes ‘classical’ – with pleasing and often effective results… for Banks has a genuine melodic gift… The recording is good, … acceptably spacious …”.

A Chord Too Far is a celebration of Tony’s work outside of Genesis, and the beginning of re-releases of remixed versions of his entire solo and orchestral catalog… A Curious Feeling and The Fugitive are set to be released at the end of October, with The Wicked Lady and Soundtracks at the end of January 2016. Further detail will be announced soon on his other albums.” 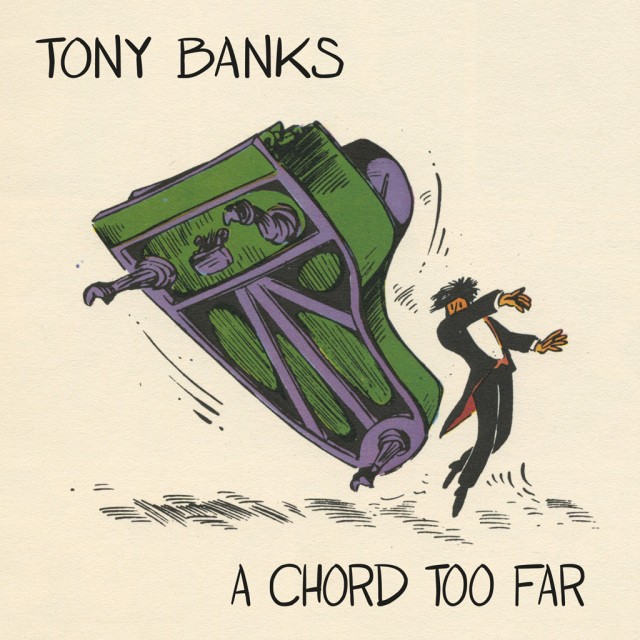