RareNoiseRecords have two release due out soon, Metallic Taste Of Blood return with Doctoring The Dead and Lorenzo Feliciati follows up his 2011 solo album, Frequent Flyer with Koi.

The vigour and inventiveness which characterized Metallic Taste Of Blood’s first release still sits centre stage, a natural outflow of the band founder members’ very wide palette of musical experiences/collaborations and individual talents, spanning an incredibly rich vocabulary which extends from ambient and electronica, to progressive rock and avant-jazz, to noise and industrial electronics, all firmly anchored by the deep and precise dub beats laid out by Ted Parsons, sparkled, on select tracks, by the surprising keyboard inventions of Powell.

This variety of influences and musical idioms manifests itself in a very specific kind of sound, one that is now characteristic of the band, one which is predicated and thrives on the very notion and practice of the contraposition of opposites. The music of Metallic Taste Of Blood is both incredibly brutal and delicate, distorted, but incredibly clear, boiling hot and yet suddenly very cool, sweet yet suddenly brackish, that very peculiar unity in contradiction to which the band’s own name refers to.

Doctoring The Dead, recorded in Prague at Faust Studios, mixed in Italy and mastered in the US by Mike Fossenkemper, though moves ahead towards new territory by bringing in a new, focused single-mindedness; witness to this are the album’s eight tracks, starting with “Ipsissimus,” where an deep dub rhythm section supports the entangled duel of baritone electric guitar and synth, to “Pashupati,” whose guitar lines dance between extreme cleanliness and growling distortion, to the cosmic Ambient Bass inflections of “Synthetic Tongue,” to the calming riff and distorted electronica of the title track, to Blind Voyeur’s beyond-post-rock grandeur, the dark ambient glitch of “Day of Bones,” and further down to “Murder Burger” and beyond, towards the closing “Death Of Pan.”

Out of contrast perfect balance is reached, when distorted guitars sound clean and soothing, while cascades of piano notes suddenly morph into threatening shards – listening to this will lift you into a state not unlike that of cognitive dissonance, one of deep, uncomfortable enjoyment. 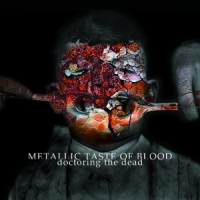 Traditional Chinese folktales tell the story of Koi fish that swam up the Yellow River, and though taunted by demons, would not relent in their quest to jump over waterfalls; the gods noticed and celebrated their perseverance and endurance by transforming them into golden dragons, a symbol of strength and power. The Japanese recognized these fish not just for their beauty but for their ability to induce otherworldly states of perception in the observer. These altered states of perception ultimately lead to the attraction of high energy, which manifests itself in the form of prosperity of all kinds in our lives.

The musical journey of Koi begins with the spacious, echo-laden piano soundscape “Kohaku” and is followed by the hard-hitting “New House,” a Feliciati composition with Steve Jansen on drums and Alessandro Gwis on keyboards, that is brimming with kinetic momentum and based on a repetitive riff augmented by punchy horns. Lorenzo’s fretless bass melody is doubled here by muted trumpet while baritone sax deepens the groove. The icy and hypnotic interlude “Kumonryu” is followed by the moody, slow-grooving requiem “Oxbow.”

Following another ambient interlude, “Black Kumonryu” Feliciati is reunited with his Naked Truth band mate Mastelotto, who provides the rhythmic pulse on “Noir Alley Verdigris”, a potent number which falls somewhere between King Crimson and Weather Report.”Ogon” provides a breath before Feliciati and crew launch into the dynamic, odd-metered “Narada”, featuring a strong 7/8 groove by Jansen, nearly a dance beat, where distorted bass and horn section mesh to unison.

Feliciati turns in his most expressive fretless playing on “Margata”, a homage to Jaco Pastorius; following another mesmerizing interlude in “Kuchibeni,” Feliciati unleashes his fuzz bass chops on the powerhouse “Fish Bowl”, which incorporates trombones and bass in a low-end unison motif before yielding to a throbbing vamp. This piece originally started as a Frank Zappa-influenced bass/horn section unison riff, but morphed during the final arrangement into something quite different altogether – Feliciati’s bass line moving around Steve Jansen’s drums and electronics giving the impression that it is Jansen moving around Feliciati.

The collection closes with the title track “Koi”, which travels from minimalist intro to cinematic crescendo – the Koi has now become a Golden Dragon. 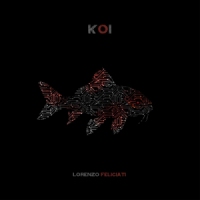