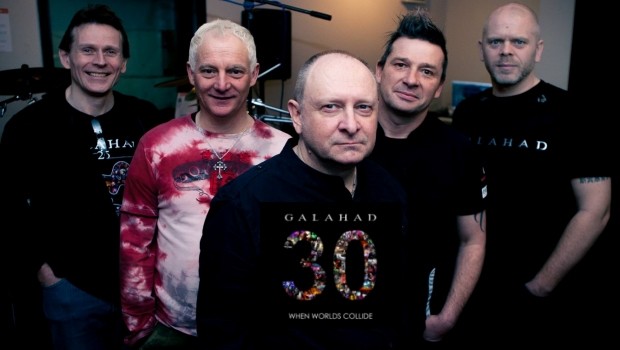 In order to celebrate the band’s 30th anniversary Galahad will be releasing a historical double CD retrospective with a twist, the twist being that ten of the tracks included are brand new re-recorded versions of old Galahad songs, some dating back to 1985, the year the band formed, including one thirty year old track (City of Freedom) which has never been recorded before!

In some cases the new versions are similar to the originals but in other cases the songs have been re-worked and re-arranged considerably, either way we have tried our best to be sympathetic to the spirit of the originals whilst trying to bring them up to date in terms of their sonic quality.

The remaining tracks included on this career spanning album are taken from the three ‘Thin Ice’ albums and the recent EP’s.

Hopefully, this collection is a fair representation of the Galahad cannon and will appeal to existing fans of the band and will also, perhaps, act as a taster to those yet to dip their toes in the world of Galahad music.