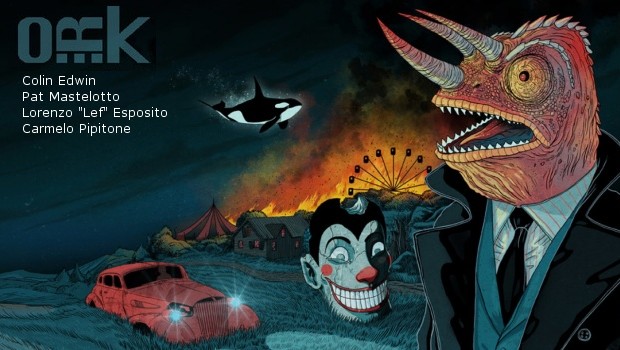 Colin Edwin (bass) and Pat Mastelotto (drums), under the name O.R.k., have confirmed the release of their debut album Inflamed Rides. Completing the line up are Lorenzo Esposito (vocals) and Carmelo Pipitone (guitar).

The band recently released the first of two videos from the album – Pyre:

O.R.k. are also inviting “creative people” to take part in a remix competition for the track Jellyfish, to be included on the limited edition CD.

// REMIX CONTEST // Be part of our Limited Edition CD!

We have decided, in keeping with the interactive, spontaneous nature of O.R.k., to initiate a remix contest for one of the tracks on our forthcoming album “Inflamed Rides”.

We know the world is full of really creative people, and we’re looking forward to sharing our art in a way which might encourage some of this creativity to manifest in a way which we can’t foresee. We expect the unexpected, but we expect to be surprised!

Unique interpretations or finding a new angle to the material is the order of the day.

Therefore, anyone selecting the “CD plus Stems option”, will receive a set of audio stems for the track “Jellyfish” – which should be used as elements in your own remix – and a personal code.

The competition closes on 15th June 2015 and more information can be found at HERE.