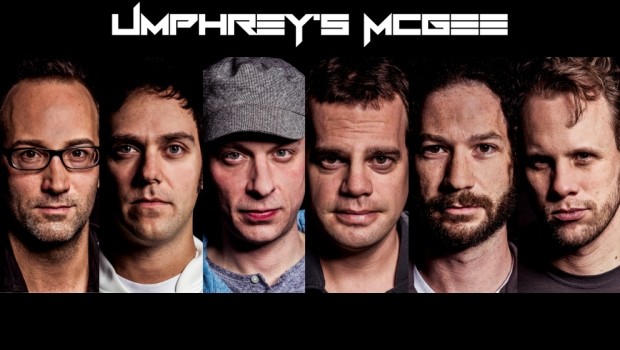 Following on from 2013’s well received  Similar Skin – Umphrey’s McGee have announced their ninth studio album will be released on 7th April 2015. The aptly titled The London Session was recorded at Abbey Road in June 2014 and will be the second release on their own label, Nothing Too Fancy Music.

“…genre distinction was never big enough for what Umphrey’s McGee actually do, which is closer to pop-smart and dance-wise progressive rock, laced with exuberant improvisation and flush with intense, melodic craft.” – David Fricke, Rolling Stone

What do you do with 12 hours booked at the world’s most famous recording studio? You make the most of it! Never a band to play things safe, Umphrey’s McGee surprised their fans and broke the news via Rolling Stone about a special new studio album titled The London Session. Recorded at Abbey Road Studios in one day, the innovative group will release The London Session on 7th April 2015. View an in-studio film HERE.

In June 2014, just following the release of their acclaimed eighth studio album Similar Skin and a triumphant set on the main stage at Bonnaroo, Umphrey’s McGee was headed to London for a three night stand at the city’s new Brooklyn Bowl. On a whim prior to the trip, they decided to just see if the legendary studio might be free. With a single 12-hour window available, it seemed the ideal opportunity to try something long discussed–to take some live songs into the studio for the first time and try out new arrangements with fan favorites. With one brand new song and an appropriate cover of “I Want You (She’s So Heavy)” to bookend the proceedings; the band entered the revered space on the morning of June 18th to record their ninth studio album, and second full length release on their own label Nothing Too Fancy Music. (Track listing below)

Umphrey’s tracked all of the music live over the next 12 hours, with vocals and a handful of overdubs completed upon their stateside return in Chicago and Los Angeles. Four tracks; “Eat,” “Plunger,” “Out Of Order” and “I Want You (She’s So Heavy)”, were recorded in a single take, from top to bottom. Fans of the band will be thrilled with the offering and those unfamiliar are sure to be impressed by the miraculous feat of recording 10 tracks of such high quality in such a short time.

On February 17, Rolling Stone.com posted the exclusive news story about The London Session, featuring interviews and the premiere of the in-studio video of “I Want You (She’s So Heavy)”. View the story and video HERE.

Whether it is the scope of their music, technological innovations, creative fan- friendly experiences or their incredible live performances, Umphrey’s McGee continues to deviate from the norm by paving their own road. We invite you to come along for the ride. 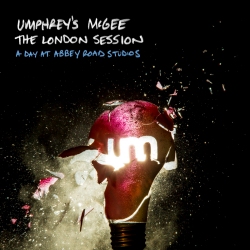