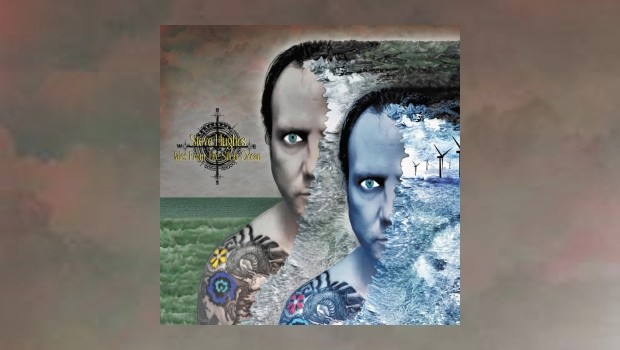 Steve Hughes noted as the sticks man for Big Big Train along with stints with Kino and The Enid will release his first solo album, Tales From The Silent Ocean, through Festival Music on 16th March 2015…

We are proud to announce a new release on the Festival Music label – the debut solo CD by STEVE HUGHES. The album, called “Tales From The Silent Ocean”, will be released on 16/03/2015. Guests featured on the album include SEAN FILKINS (ex Big Big Train, solo), J.C STRAND & EZZY ANYA among many others.

The album took over a year to make and Steve has played most instruments and produced the album himself, with the help of his old friend from school, J.C Strand who takes care of guitar duties. Steve has a long history as a drummer of prog rock/fusion and jazz and has been a busy playing for many bands over the years.

He was the former drummer in Big Big Train for 16 years (1991-2007), was the stand-in drummer for Kino (2004) and spent four years touring and recording with The Enid (1994-1998) as well as stints with countless other bands over the last 20 years including Nick May’s Whimwise, Meretto, The Serious Hat Band, Pancracker, and Rush tribute band ‘The Spirit of Rush’ where he played with fellow band mate, vocalist Dec Burke (Darwin’s Radio, Frost, solo). Steve decided it was about time he showed the world that he could do more than just beating of the skins…

The album has a varied and wide range of influences from Rush, Toto, Marillion, The Enid, and Tears For Fears. The album concept is mainly based around a slightly eccentric manic depressive writer/journalist who succumbs to mental illness, his unorthodox style and questioning the truth causing his marriage break up and a life alone wandering the streets until he finds peace by the coast. Other themes intermingle, related to relationship failures.

The CD has been mastered by Simon Hanhart who has previously worked with Arena, Asia, Kino, Marillion, Bryan Adams, and Elton John, to name just a few.

Produced and engineered by Steve Hughes, and mastered by Simon Hanhart.