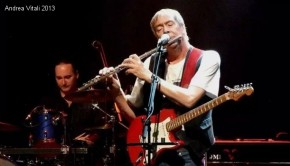 The band had previously confirmed their appearance as the annual Night Of The Prog Festival held at Loreley in Germany,... Read More →

Orchestra Of The Upper Atmosphere – θ4