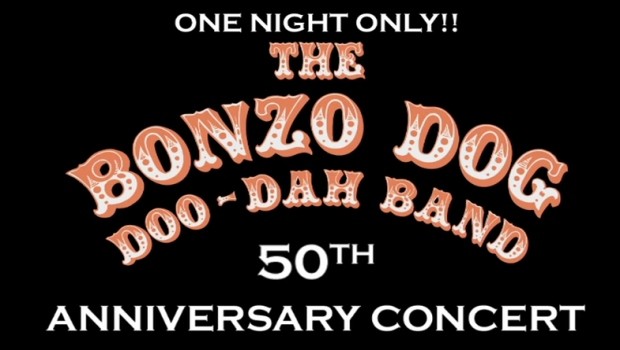 No sooner had the Three Bonzos And A Piano/Almost The Bonzo Dog Doo Dah Band performed their final show in December 2014, to take a well earned rest from gigging, comes the announcement of a new and spectacular concert in April.

For one night only The Bonzo Dog Band are back, featuring original members Neil Innes, Rodney Slater, Vernon Dudley Bohay- Nowell, Sam Spoons and Bob Kerr will perform at London’s Koko on 17th April 2015. They will be joined on the evening by a number of special guests…

“For this unique event the Bonzos will be joined on stage live by The Rutles performing their own pre-fab four masterpieces including OUCH!, I Must Be In Love, Cheese and Onions, Piggy and more. Tea bags will be thrown during this spectacular night of British musical comedy mayhem.”