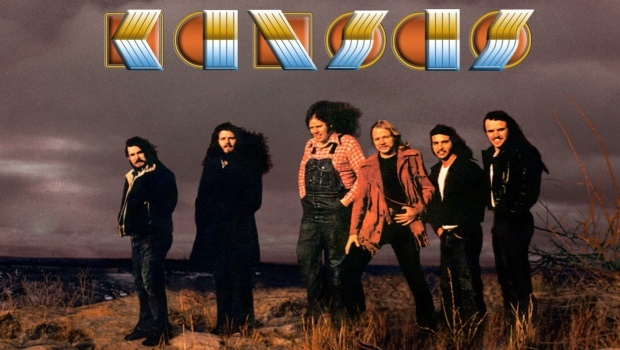 Epic Records & Legacy Recordings reveal they will release a DVD/CD package entitled Miracles Out of Nowhere, celebrating Kansas’ forty plus year career which kicked off with their eponymous debut album in 1974.

“2014 marked the 40th anniversary of the release of KANSAS, the band’s debut album. To commemorate the occasion, the classic KANSAS lineup reunited, for the first time in more than 30 years; at the place their incredible journey began, Topeka, Kansas! There, they relived the incredible untold story of one of the most successful American rock bands of their era. Returning to monumental career landmarks in their hometown, as well as sharing untold memories ranging from touring to songwriting and recording, the band shares how the smash hit “Dust in the Wind” was just a passing comment away from never being recorded! Viewers will hear the band tell stories about recording in the studio next to John Lennon, a backstage fight with Aerosmith’s Steven Tyler, and how the words “free beer” changed their lives forever! Miracles Out of Nowhere presents KANSAS in a way they have never before been seen.”

In 1973, six guys in a local band from America’s heartland began a journey that surpassed even their own wildest expectations, by achieving worldwide superstardom…watch the story unfold as the incredible story of the band KANSAS is told for the first time in the Limited Edition DVD Miracles Out Of Nowhere.

“Directed by Emmy-nominated Charley Randazzo, the documentary features interviews from legendary Queen guitarist and former tourmate Brian May, acclaimed producer Brendan O’Brien, Rolling Stone journalist David Wild, and more. Featured prominently is country icon Garth Brooks, who counts KANSAS, alongside The Beatles and the Eagles, as one of his greatest inspirations. These extraordinary new insights are coupled with rare and unseen footage, including live performances and candid, fan-shot footage of the band on the road. Miracles Out of Nowhere offers an unprecedented look at the incredible ascent of KANSAS, a story that will appeal to new fans and veteran enthusiasts alike.” 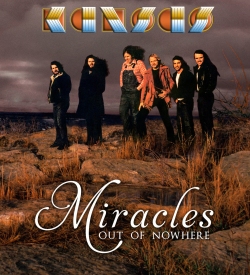 From the beginning, KANSAS was fascinating in its unconventional approach to rock stardom. The sextet, composed of drummer Phil Ehart, bassist Dave Hope, keyboardist/guitarist Kerry Livgren, violinist/vocalist Robby Steinhardt, vocalist/keyboardist Steve Walsh, and guitarist Richard Williams were unlikely candidates for mainstream success in every way. After an improbable pairing with rock impresario Don Kirshner, the man behind the Monkees who signed and financed KANSAS on his Kirshner label, their relentless drive to succeed eventually resulted in instantly recognizable iconic hits like “Carry On Wayward Son,” “Dust in the Wind,” and “Point of Know Return”.”