Multi-instrumentalist and composer Dave Bainbridge, perhaps best known for his work with Iona, will release his second solo album on 24th November 2014. Celestial Fire follows the excellent Veil Of Gossamer, released a decade ago. How time flies…

Of Celestial Fire Dave says: “In some ways it is an album I’ve always wanted to make, which really draws upon the excitement and exhilaration I first felt, listening to many of my early musical heros (Yes, Gentle Giant, David Sancious and Tone, The Mahavishnu Orchestra, Curved Air, Hatfield and The North, Deep Purple, Clannad, Mike Oldfield, Keith Jarrett, The Enid, Keith Emerson, Allan Holdsworth, Alan Stivell, Ralph Vaughan-Williams and his contemporaries – the list goes on and on!).”

“So, on the new album you can hear the kind of Celtic, progressive, spiritual, folk-rock influenced soundscapes that have been so much of a part of my work with Iona, but also with a larger that usual dollop of progressive rock type musical adventuring, where the emphasis is on great musicianship, new and classic sound combinations and evolving compositions with plenty of room for my improvisations on electric guitar, piano and keyboards…” 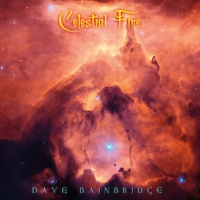 As with his previous album Dave has called upon members of Iona (past and present) to contribute to the album along with an impressive cast of musicians and vocalists. The albums fabulous artwork has been undertaken by Ed Unitsky.