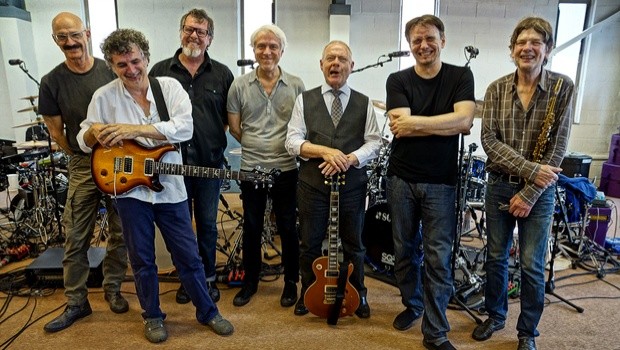 In a recent interview with The Telegraph‘s Bob Hughes, Robert Fripp revealed that he is considering touring in Europe next year. If issues regarding the suitability of venues can be resolved it is mooted that the concerts could take place around September 2015.

Bob Hughes: “So will we see them play here anytime soon? “I’ve discussed the possibility of working in Europe next year, including the UK in September. There are still problems to do with the quality of venues, but it’s being looked into.”

Robert Fripp and Jakko Jakszyk, currently working on material for a new studio album are ‘considering’ a live release from their recent Elements US tour. Sid Smith (DGM Live!) reveals: “…Robert and Jakko began listening to music from the recent Elements tour with a view to what might be made publicly available.”