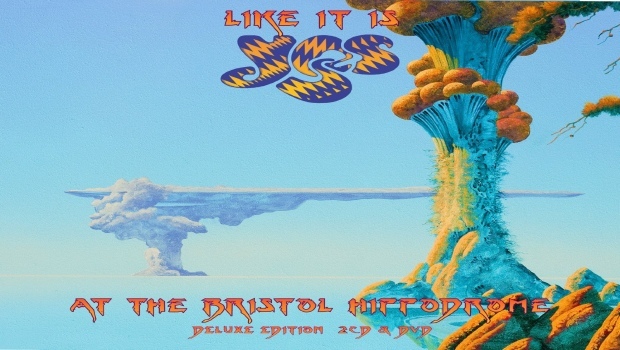 YES have revealed that they are to release their first live recordings featuring vocalist Jon Davison, through Frontiers Records, on 9th December 2014. The album will be released in Blu-ray, 2CD/DVD and audio-only digital download. It should be noted that this release does not include the entire concert – read the TPA Concert Review from Bristol’s Hippodrome HERE.

“Comprised of selections from the rock group’s celebrated studio releases from 1970s, ‘Like It Is: Yes at the Bristol Hippodrome’ will offer dedicated progressive rock followers who weren’t able to catch the current incarnation of Yes on tour earlier this year a professionally captured glimpse into how the band performs in the absence of founding frontman Jon Anderson and with the assistance of current lead vocalist Jon Davison.

The effort will be made available on two-CD/DVD, Blu-ray and digital formats starting December 9 via Frontiers Records, and shows the current lineup of Davison, guitarist Steve Howe, keyboardist Geoff Downes, bassist Chris Squire and percussionist Alan White largely running through selections from 1971’s ‘The Yes Album’ and 1977’s ‘Going For the One.’ Included in the feature’s track listing are such numbers as “Perpetual Change,” “Wonderous Stories” and “Starship Trooper.”

“These are two bodies of music that many of the most devout Yes fans wanted to hear in their entirety,” Downes said in a press statement announcing the live effort. “I believe our performance at the Bristol Hippodrome was among the most compelling of the entire tour.” Perhaps the only odd quality found on ‘Like It Is’ is that there are no selections from Yes’ latest studio album ‘Heaven & Earth,’ which served as Davison’s studio debut with the band.”