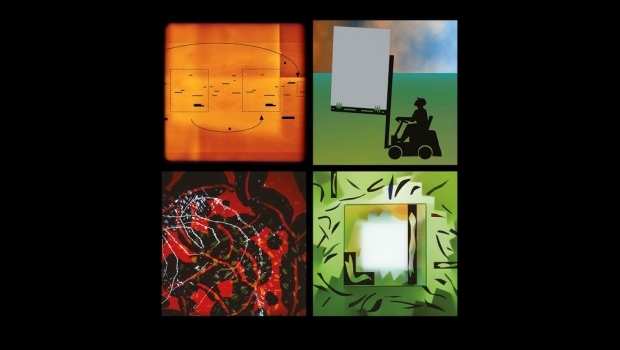 Expanded editions of Nerve Net, The Shutov Assembly, Neroli and The Drop out December 1st…

Each title will be reissued as a 2CD set containing the original album as well as an additional disc of unreleased and rare Eno work speciﬁc to each record.

Each album comes in deluxe casebound packaging and is accompanied by a 16 page booklet compiling photos, images and writing by Eno that is relevant to each release.

3 of the albums are also being made available as gatefold double vinyl release containing the original audio only, but accompanied by a download card and containing printed inner sleeves with the content from the CD booklets.

1992’s Nerve Net shows Eno returning to his more rock-oriented sound, with the bonus material his long lost album My Squelchy Life, previously slated for a 1991 release but ultimately pulled at the last minute, lost in the lore of the Eno mythology until now.

The Shutov Assembly, from the same year, is an ode to Russian artist and friend Sergei Shutov, who used to paint to Eno’s work but had difﬁculty accessing it through the constraints of Soviet Russia. Eno collected unreleased material on a tape to give to Shutov, only to discover a common thread that transformed this into a complete body of work. The bonus material includes 7 unreleased recordings taken from the same period.

1993’s Neroli is named after the sensual oil derived from the Seville orange, and Eno links this album to the sense of smell, fragrance and perfume. It is one solid piece with no break and is considered Eno’s ultimate realisation of “mood music”. Also included is the previously unreleased New Space Music, a single, hour-long piece of ambient, long-form drone music complimenting Neroli.

Lastly, 1997’s The Drop is “jazz from a vague, alien perspective” and Eno’s foray into ‘drop’ music, with the additional bonus material including 9 rare tracks recorded during the same period and previously only available through a limited edition of 1000 sold at Eno’s 2006 77 Million Paintings exhibit in Japan.

Vinyl Track Listing
Side A A1. Fractal Zoom A2. Wire Shock A3. What Actually Happened?
Side B B1. Pierre In Mist B2. My Squelchy Life B3. Juju Space Jazz B4. The Roil, The Choke
Side C C1. Ali Click C2. Distributed Being C3. Web
Side D D1. Web (Lascaux Mix) D2. Decentre

Vinyl Edition
Side A A1. Triennale A2. Alhonidga A3. Markgraph
Side B B1. Lanzarote B2. Francisco B3. Cavallino
Side C C1. Riverside C2. Innocenti C3. Stefelijk
Side D D1. Ikebukro

There is no vinyl edition of Neroli due to the artist’s wish not to break up the music with side splits. 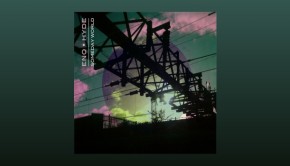