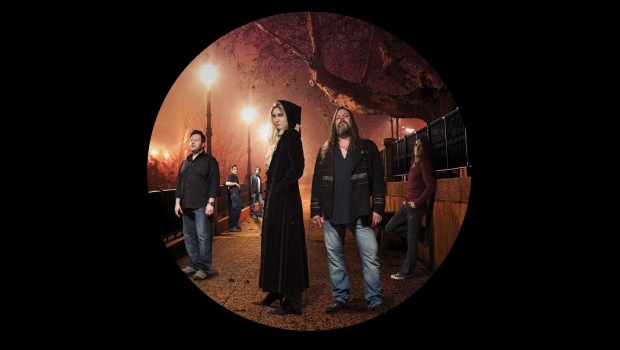 Mostly Autumn set off on the first of their European tour dates in support of their latest album release, Dressed In Voices.

Following on from the release of their latest album “Dressed In Voices”, British progressive rock legends Mostly Autumn are set to the hit the road for a selection of dates later this year! The band are set to appear at the following towns:

Multi-award winners Mostly Autumn’s musical palette is diverse. Drawing on influences from the golden age of rock, but have developed their own unique sound that both captures the essence of that era and yet looks forward into the future. They have earned themselves a name for their outstanding live shows and have been described as ‘the best band you have never heard’.

With their latest album ‘Dressed in Voices’ they explore the dark concept of a killer forced to witness the full weight of all he is taking away, as time briefly comes to a standstill. They have built a loyal and cult following since their first album sixteen years ago and in that time such luminaries as Steve Hackett, the late Richard Wright, the late Jon Lord and the BBC’s own Bob Harris are amongst their many fans.

Mostly Autumn has also toured as an invited support act to Blackmore’s Night, Uriah Heep and Jethro Tull, as well as being special guests at Bryan Adam’s Murrayfield Stadium gig a few years ago. That alone should give some indication as to the calibre of the band.

Bryan Josh is that rare beast – a hugely talented guitarist who knows how to play with feeling and for the song. His soaring guitar, always drenched in pure emotion, at times recall the golden era of guitar heroes such as David Gilmour but never outstays its welcome, always leaving the listener wanting a little more. Lead vocalist Olivia Sparnenn is a true talent, the range and beauty of her voice is world class. The magnificence of Iain Jennings on keyboards, complimented by a rock solid yet fluid rhythm section – Andy Smith (bass), Alex Cromarty (drums) and Liam Davison (rhythm guitar), make Mostly Autumn a band that will enthral you and awaken memories of what real music is really about.

All the UK dates can be found in the TPA Prog GigGuide. 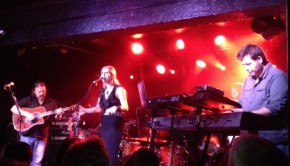 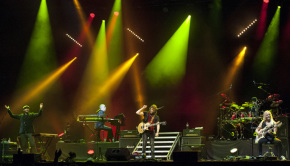