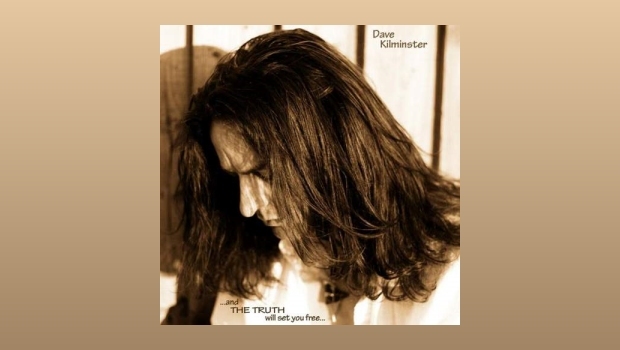 Dave Kilminster will release his new solo album, The Truth, on 22nd September 2014. Perhaps best known for his touring with Roger Waters and Keith Emerson, as well as live and recording work with John Wetton, Carl Palmer, Geoff Downes, Ken Hensley and Qango.

For this project Dave is reunited with the impressive rhythm section of Pete Riley (drums) and Phil Williams (bass), who toured with Dave as part of the Keith Emerson Band back in 2002/2003 and also appeared on the Keith Emerson & The Nice – Vivacitas live album.

Says Dave about his new CD: “I called it ‘The Truth’ partly because the world is so full of lies now… not just in music, but everywhere; for example, you can’t look at a picture in a magazine that hasn’t been cropped, tinted and heavily photo-shopped, so that it’s no longer an accurate representation of reality.

I wanted an album that was as real as possible – just some guys playing together in a room, and then me stacking up the vocal harmonies – without auto-tune! And getting a real string quartet to come in and play, rather than using keyboard ‘strings’, which is what most people do”.

“The result is a breath-taking collection of songs that really show how much heart and soul Dave has poured into his music; with nods to early influences such as Led Zeppelin and Queen, and featuring stunning harmonies as well as showcasing the amazing guitar work for which he is well known.”

The album is available digitally through Amazon UK, Amazon US and iTunes (with previews) and in CD format in the UK Cherry Red Records