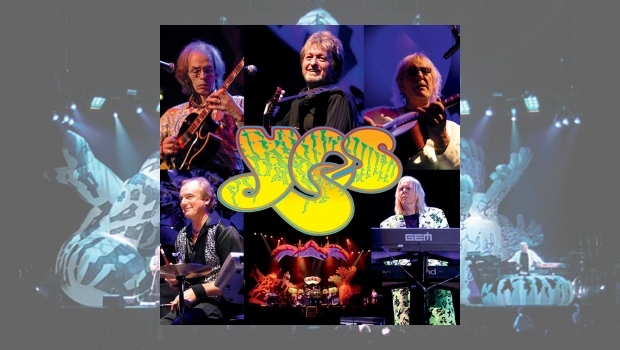 Yes’ Songs From Tsongas – The 35th Anniversary Concert | Special Edition BluRay/2DVD/3CD will be released on the 22nd September 2014 through Eagle Rock.

Disc One of the DVD [the single Blu-ray contains all the same material as the double DVD set] contains the whole of the concert from the Tsongas Arena in Lowell, Massachusetts, previously spread across two discs. This epic show features tracks from across the band’s career including an extensive acoustic section (tracks 11 – 18) and some tracks that have rarely been performed live.

Disc Two contains 70 minutes of highlights from a very different concert on the same tour filmed at Estival in Lugano, Switzerland. This outdoor concert sees a stripped down stage and full on rock versions of the acoustic tracks from Tsongas whilst the crowd wield a multitude of umbrellas against the pouring rain, which is clearly not preventing them having a great time!

As Bonus Features [on the visual formats] we include another track “Ritual”, also filmed at the Tsongas Arena, and an insightful interview with legendary designer and Yes collaborator Roger Dean who created the brand new stage set for the shows.