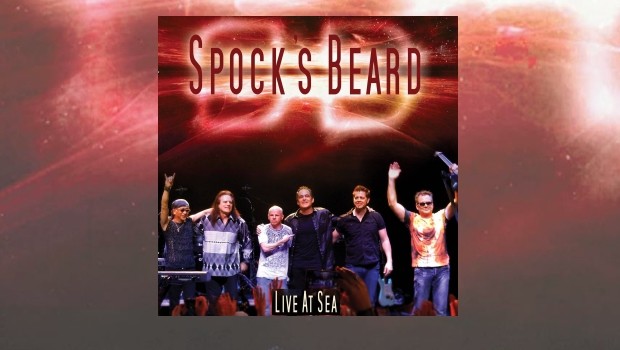 As a taster, Spock’s Beard have released a six track, audio only, download of their soon to be released Live At Sea DVD, recorded on 21st February 2014 in the Stardust Theater on board Norwegian Pearl.

“Since the audio mix is already done and requires no physical manufacturing since it’s a digital download, we thought “Why don’t we release that now?”. We couldn’t think of a reason why not, so we’ll be sending out download codes tomorrow (Friday, Aug 08) for the audio-only version of the concert to everyone who preordered either of the two reward options. So keep an eye on your inbox, and if you don’t see it in there check your spam folder.

Keep in mind that this is not the DVD video, it’s the audio-only digital download version. (It rocks, by the way.)

And… for those who missed out on the pre-order, this audio-only version is now also currently for sale on our Bandcamp page:” http://spocksbeard.bandcamp.com/