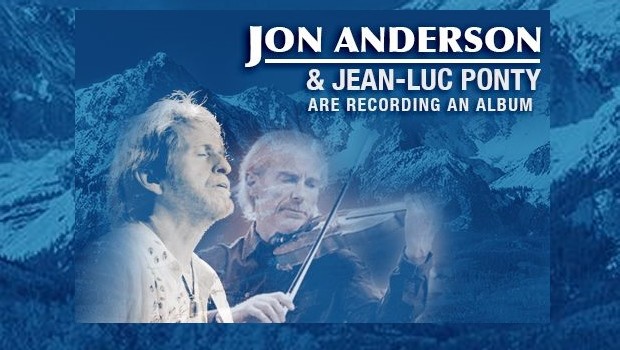 There has been rumour for quite some time regarding the possibilities of former Yes vocalist Jon Anderson and legendary French violinist Jean-Luc Ponty forming a band together. Jon Anderson had announced this during his solo shows earlier this year, however the rumours are over and both musicians have confirmed the project, which will include Jamie Dunlap (Guitar), Wally Minko (Keyboards), Baron Browne (Bass) and Rayford Griffin (Drums).

“The Anderson Ponty Band will visit the music created by Jon Anderson and Jean-Luc Ponty over the years with new arrangements, virtuosic performances and new energy, while creating new compositions as well.

The Anderson Ponty Band have been writing and arranging old favorites during the past three months. They’ll be in residence for three weeks in September at Wheeler Opera House in Aspen, Colorado rehearsing, recording and playing a public performance on Saturday September 20th.

The album will be finished in Los Angeles and is scheduled for release in early 2015. Also, a videography documenting the making of the album will be released as well as videos and performances. A world tour beginning in March 2015 is in the planning stages.”