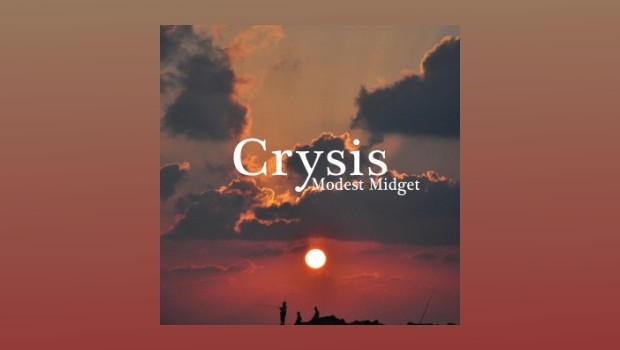 Modest Midget return on 28th September with a new, full length studio release, Crysis, the follow-up to the well received The Great Prophecy Of A Small Man (2010) and the their debut EP, Partial Exposure (2008).

On the new album “…Modest Midget reflect their own interpretation of different occasions and experiences that play a role in our lives. Delivering their message through this concept album they wish to celebrate the diversity of different chapters and moods which eventually constitute an individual’s life.” As a brief taster…

OFICIAL PRESS RELEASE: Multi-Polar Music & Modest Midget are THRILLED to announce the release of Crysis, September 28th this year. Produced by Lonny (Lionel) Ziblat – singer, guitarist, composer and front-man of the group – this new album illustrates life, portrayed as a cycle consisting of several inner cycles. Each time that such a cycle ends, another one starts, and these movements are often frightening, painful and traumatic, but they also offer a chance for change and for growth. Joining forces in the line-up are Tristan Hupe (keyboards), Maarten Bakker (bass guitar / keyboards) & Willem Smid (drums). Like in the case of the 1st album, the group is supported by a reinforcement of top guest musicians.

The recording of the album commenced in December 2012, right about the time that the world was supposed to end (at least according to some). In the midst of historic, economic, social and climatic upheaval, Modest Midget reflect their own interpretation of different occasions and experiences that play a role in our lives. Delivering their message through this concept album they wish to celebrate the diversity of different chapters and moods which eventually constitute an individual’s life.

The band also addresses big changes that are affecting the music industry today. The old school record companies are dying, as well as the physical formats and the notion of a ‘concept album’. New generations are growing up in a world in which the quality of attention to music is rapidly changing. While technical skills are advancing, a spiritual essence seems to slip away. The band sees it as their mission to bring a production to this world that challenges the way we listen to music, as opposed to creating either pretentious & virtuoso-like tunes or the mainstream songs.

It might seem impossible at first to have a grip on the band’s musical style. How would one go about trying to explain an inconceivable mixture of Rock, Soul, Baroque, Ska, Jazz, Punk, Symphonic Rock, Sicilian Tarantella & Romanian Gypsy music? Still, it is the great pride of the band having chosen not to succumb to any particular existing category and to simply embrace music in all its glory.

After debuting with “The Great Prophecy of a Small Man” in 2010 – an album that was received with unanimous enthusiasm by all the reviewers – the little man has a fresh new and powerful message for us. Keep your ears, your minds and your hearts open. Here comes: Crysis! 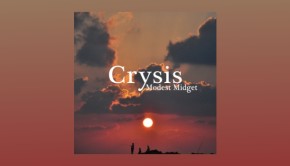