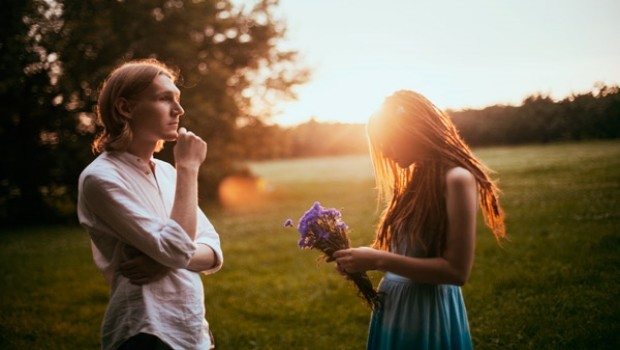 “Kscope are pleased to announce the signing of iamthemorning, the latest band to join the label’s roster. Formed in 2010 in St Petersburg, Russia, iamthemorning feature pianist Gleb Kolyadin and vocalist Marjana Semkina.

After self releasing their debut album in 2012 and an EP early 2014, the band are set to release their new opus entitled Belighted in September. Recorded and mixed by Marcel van Limbeek (Tori Amos), the album also features Gavin Harrison (Porcupine Tree) on drums. Gleb Kolyadin, himself a classically trained musician, took great care selecting the right musicians to ensure a high standard of musicianship for both their live performances and recording utilising guitar, bass, drums, string quartet, and a number of rather unconventional instruments including harp, as well as performing as a an acoustic duet.

Taking their influence, both musically and lyrically, from the greats of the progressive rock arena including the likes of Porcupine Tree, Philip Glass and Kate Bush, their song writing is rich with metaphorical layers: referencing Shakespearean poetry, images of modern culture, visual aesthetics of Pre-Raphaelites leading the listener to deep emotional places. Marjana Semkina explains “there isn’t just sadness, loneliness and pain in iamthemorning’s lyrical field; there is beauty, happiness and hope as well.”

Their debut for Kscope Belighted is set for release on Kscope on 15th September – check out the album trailer for a taste of what’s to come:”