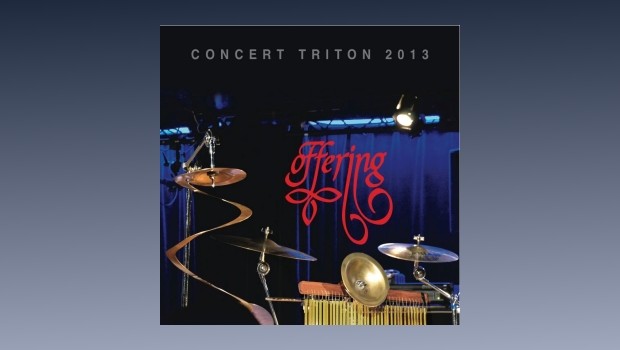 Christian Vander’s Seventh Records release a 2CD+DVD box-set from side project Offering. The concerts were recorded at Le Triton (France) between 4th & 6th July 2013 to mark the 30th anniversary of the band’s first appearance. The first Offering concerts took place during October 1983 in Paris and the band went on to release three albums, Offering 1&2 (1986), Offering 3&4 (1990) and Affieh (1993).

In 1983, motivated by a strong artistic desire to return to his roots in the ‘Coltrane’ sound, Christian Vander created the ensemble “Offering” , focused on vocals, keyboards and percussion. More experimental, leaving much more space for improvisation, this group allowed the musicians to explore new avenues.

Thirty years have flown by, removing Offering from the sight and hearing of younger generations. Now they also can benefit from this wonderful “gift” that was “Offering”, Christian Vander and his musicians having decided to celebrate this anniversary by recreating the music with the same enthusiasm of the original. This initiative will delight all fans of the MAGMA experience, regardless of their age.