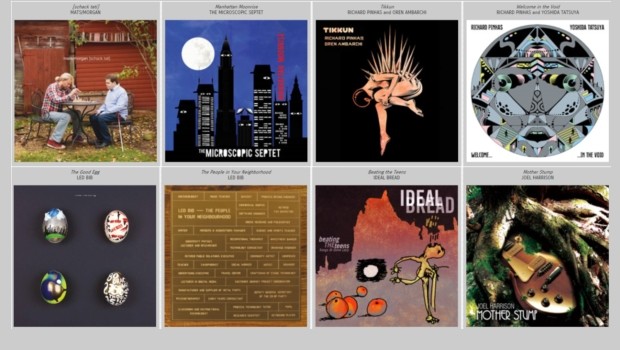 MATS/MORGAN [schack tati] : Keyboardist Mats Öberg and drummer Morgan Ågren have been playing together for over 30 years, since Mats was 10 and Morgan was 14! They were ‘discovered’ at a very young age by Frank Zappa, who commented that, ‘they played unbelievable, just unbelievable.’ Schack Tati is their first new studio album since 2005’s Thanks For Flying With Us, which has sold over 5,000 copies.

THE MICROSCOPIC SEPTET – Manhattan Moonrise: The Micros start with a basic reeds-and-rhythm texture sonically similar to the sound of the Swing Era, but they use influences from the entire continuum of jazz. The result is a brilliant blend of fresh-sounding orchestration, ideas, compositions and inspired soloing. Their sound is the sound of jazz in America; ALL of it, from Ayler to Zorn, bebop to Basie. The Microscopic Septet distills the essence of jazz into a sound that swings a music that is intelligent, sometimes humorous, and always good fun.

RICHARD PINHAS & OREN AMBARCHI – Tikkun: Richard Pinhas is one of the most uncompromising artists on the international rock scene, having remained constantly innovative and true to his personal artistic vision for 40 years. Oren Ambarchi is a guitarist, drummer and sound-artist who has recorded with Sunn O))), Keiji Haino and Jim O’Rourke.

RICHARD PINHAS & YOSHIDA TATSUYA – Welcome In The Void: Yoshida Tatsuya is one of the most important musicians of the Japanese experimental music scene for the last 35 years, spearheading at least a half dozen of that country’s most important groups, including Ruins, Koenji Hyakkei and Korekyojinn. For their first-ever recorded meeting, Richard’s electronics and guitar merges with the percussion mastery of Yoshida for a powerful bout of musical give and take.

LED BIB – The Good Egg: Described as “a lean, mean, improv-rocking jazz machine” by Time Out and “among very few artists who seem less interested in following anyone else’s traditions than starting their own” by Yahoo Music, Led Bib’s ability to blend groove, improvisation, thrash and everything in-between means that their live shows have become renowned for carrying along their audiences with an infectious energy more affiliated to their avant rock peers than a jazz group, making this set of live performances unmissable.

LED BIB – The People In Your Neighborhood: The album’s title, The People in Your Neighbourhood, is taken from Holub’s fondness for the Sesame Street sketches of the same name. The concept brought about a curious insight into Led Bib’s fans too, when the band asked ‘pledgers’ to their Kickstarter campaign (the crowd funding campaign which raised funds to make the album) what their occupations were. A fascinating array of jobs ensued and feature in the album’s artwork – from psychotherapist and roofer to philosopher and ad executive, plus of course fellow musicians and artists.

IDEAL BREAD – Beating The Teens: A band that’s been together 7 years, a new book of 26 recompositions, over a year in the making, now it’s time to release it! Beating The Teens is the third album from the Steve Lacy repertory band Ideal Bread. On it, they cover all 26 of the pieces from these five albums. They adhere to and respect Lacy’s unique compositional vision, while giving them an original approach and a new life.

Visit the Cuneiform Records website for more in depth information and also audio samples from each of the releases. 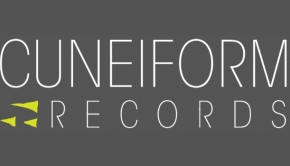 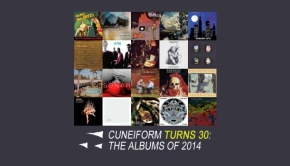