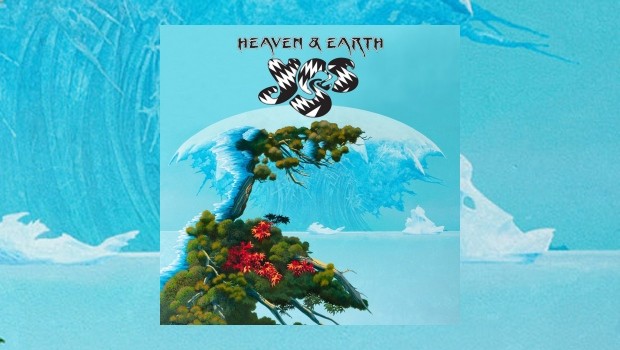 Yes reveal the artwork and track listing for their twenty first studio album, produced and mixed by Roy Thomas Baker and scheduled for release on 8th July 2014 through Frontiers Records. Heaven & Earth will feature all newly written material and also mark the first studio outing for new vocalist Jon Davison.

In a recent interview with Howard Whitman, Chris Squire revealed:

That’s correct. It’s all brand new material. And of course it’s the first album where Jon Davison is making an appearance not only as a singer but also as a writer musically and a lyricist. So you’re getting another twist in the story of Yes, with yet another injection, a new injection of talent from Jon Davison, which I think people are going to be pleasantly surprised with, because he’s very good at the writing side of things.

In another interview, this time with Ultimate Classic Rock’s Matt Wardlaw, Steve Howe commented on the writing process for Heaven & Earth:

“Yeah, we didn’t know if Jon was going to do as much collaboration as he did, but he came quite heavily armed with a lot of music anyway as I did, so there was a kind of pool happening with different songs and “where’s this going to go” and “where’s that going to go.” Jon proved his worth and he got the energy up to go around the world basically and see me in the U.K. and see Geoff [Downes] in the U.K. He made himself mobile to see what would happen if he was a common spirit between the music.

Obviously, he didn’t write all of the album, but he had a lot of source material and stuff that we could work from, so we just basically put our heads together in different numbers. Then when January came around, that was the first time that we really did a short rehearsal. Rehearsing was a bit of a waste of time — we didn’t really need to do much of that, but we had to get in the studio and start looking at each song in isolation really and see how we went. So there is a variety of different songwriting collaborations and also songs from Jon and myself that aren’t collaborated on. So basically it’s a good cross-section of music.”

“Among the world’s most influential, ground-breaking, and respected progressive rock bands, Grammy Award winning, YES, is proud to announce its new album, ‘Heaven and Earth.’ Having sold nearly 40 million albums in a career that has so far spanned more than four decades, ‘Heaven and Earth’ sees YES continuing with its tradition of symphonic progressive rock that remains timelessly fresh and innovative.

‘Heaven and Earth’ contains eight new tracks, each of which boasts the unique musicianship and craftsmanship that have come to be known as ‘the YES sound.’ YES’ distinctive layered music, swirling arrangements, brilliant vocals and harmonies are all in abundance. ‘Heaven and Earth’ is an album sure to please both long-time and new YES fans.

Also onboard is long-time YES artist, the world-renowned Roger Dean, who again brings his masterful artistic creativity to the album’s cover art and packaging.

Since its founding in 1968, YES has created much of rock history’s most important music, including iconic pieces like ‘Roundabout,’ ‘Close to the Edge,’ ‘I’ve Seen All Good People,’ ‘Owner of a Lonely Heart,’ ‘Starship Trooper,’ and countless others. YES’s albums, including ‘Fragile,’ ‘Close to the Edge,’ ‘Tales from Topographic Oceans,’ and ‘90125,’ have been certified multi-platinum, double-platinum, platinum, and more by the RIAA. YES continues to inspire millions of musicians, fans, and music lovers around the world.” 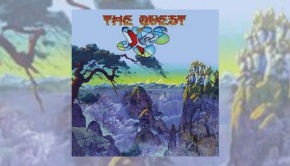