Chris Wade and friends, under the guise of Dodson And Fogg, announce the release of a new album After The Fall. Guests for this album include Scarlet Rivera (Bob Dylan’s Desire album and solo), Celia Humphris (Trees) and Alison O’Donnell (Mellow Candle)…

“From Chris Wade comes the new album from his acclaimed acid folk music project Dodson And Fogg. After The Fall features 12 tracks, and special guests include Alison O’Donnell of Mellow Candle, sitar player Ricky Romain, Celia Humphris from folk legends trees and world renowned violin player Scarlet Rivera (known for her work with Bob Dylan in the 70s). The album is full of different musical styles, such as world, folk, rock and dreamier sounds.” 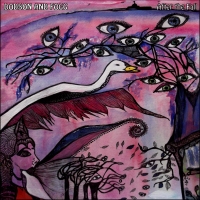 “If there’s any God, Dodson and Fogg should be massive.” – James Turner, Classic Rock Society Magazine

“A remarkable artist, one of the best this country has to offer. How much longer is it going to take before the world realises that?” – Pennyblackmusic

“With each successive release the extended inventiveness and undiluted creativity that personifies Dodson and Fogg surpasses the previous offering. And I think it’s only time
before a lot more people come to appreciate Dodson and Fogg.” – Folk Words

“The last time a songwriter released this much great music in such a short space of time, is when George Harrison unleashed his masterpiece All things Must Pass on a post Beatles
world.” – DPRP

“Wade is a major talent. Catch him now before the whole world notices that fact. It’s like discovering music for the first time. The album Pink Floyd would have made if the band
continued with both Barrett and Gilmour on board.” – Pennyblackmusic

“The album is full of wonderfully constructed tracks, proving that Wade may be the best of all the one man band do-it-yourselfers releasing records these days.” – Shindig!