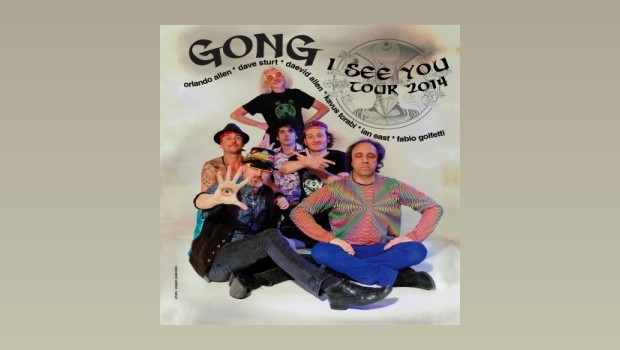 Gong have revealed their latest studio album, I See You, will be released through Madfish on 1st September 2014. Following this the band will embark on an extensive European tour during October and November.

“Yes indeedy, spread the word, tell the neighbours, send up the smoke signals and flash those heliographs – the Gong 2014 dates and tours are all confirmed and the new studio album (currently in many files and under a small trilby hat) will soon be expertly formed and ‘in the can’. The word to disemminate on the web goes….

The crazy joyful and eternally renewable world of Gong tours Europe in 2014 with a sparkling new studio album entitled ‘I See You’ due for release on 1st September 2014 through Madfish.

The band will be touring extensively to promote their new album