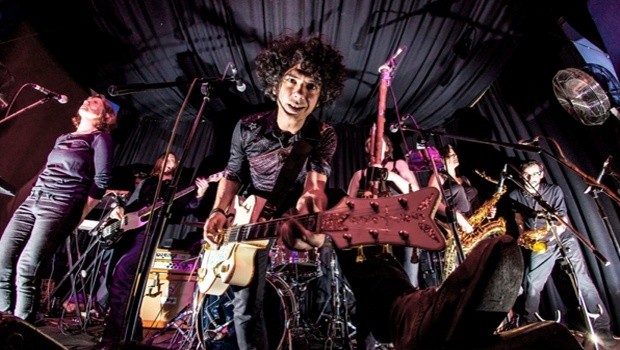 InsideOut Music is very pleased to announce the signing of British psychedelic rock band Knifeworld for the release of their forthcoming new album The Unravelling later this summer. The eight-piece band led by Kavus Torabi (Cardiacs, Gong) have been working on the long-awaited follow-up to 2009’s Buried Alone: Tales of Crushing Defeat. The band had this to say about the signing:

“Knifeworld are very happy to be signing to InsideOut. Our forthcoming album, The Unravelling, is so close to completion we are terrified to mention it. Nonetheless it will be the first Knifeworld album to feature the full psychedelic majesty of our eight piece line-up. It must go off like an atom bomb in your broken hearts. An atom bomb that will make a mockery of all you hold dear. An atom bomb of love. InsideOut hold the trigger and we’ve dared them to press it. Press it real good now.”

Last year the band released a new video for the track Don’t Land On Me, which is to be featured on the new album…