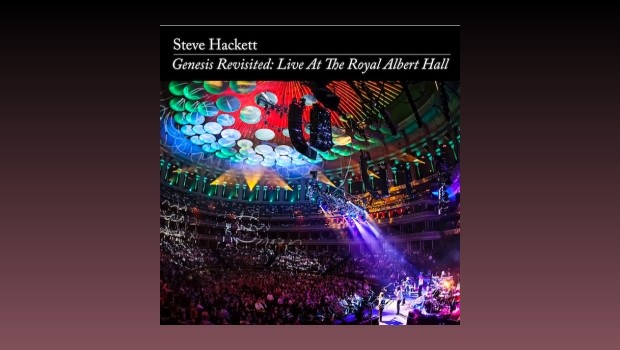 InsideOut Music reveal details of the forthcoming Steve Hackett ~ Genesis Revisited DVD, which was filmed at The Royal Albert Hall in October last year. This latest DVD from the Hackett camp will be officially released on 30th June 2014.

Genesis Revisited: Live at the Royal Albert Hall – the next best thing after being there – was recorded in 5.1 Surround Sound and will be available in the following formats: Standard 2CD/DVD digipak and limited 2CD/2DVD/Blu-Ray art-book with liner notes, photos and bonus interview features.

TRACK LISTING
01. Dance On A Volcano 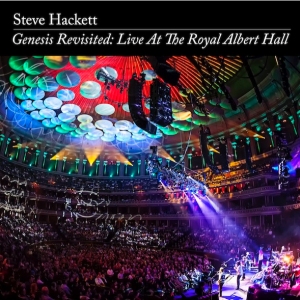 “I’m excited the Steve Hackett Genesis Revisited show at the extraordinary Royal Albert Hall is being released on both DVD and Blu-Ray in 5.1. It was a thrilling musical experience for all concerned with a fantastic light / visual show! Paul Green and team filmed it brilliantly too. It’s a feast for eyes, ears and all the senses…”
Steve Hackett

Prog Magazine’s Grant Moon wrote: “The Genesis Revisited incarnation represents perhaps the last chance we’ll have to hear it as it should be. It’s hard to recall a performance that sounded so good at this venue”.

After an unforgettable 2013, Hackett will be rewarding fans in 2014 with his Genesis Extended world tour, which hits the UK in October and sees the return of Nick Beggs on bass. The show will once again feature seminal tracks from the ‘Genesis Golden Era’, some of which were not included on the Genesis Revisited tour.