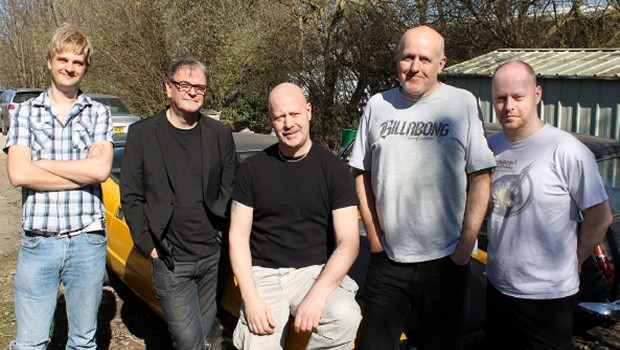 We reported late last year that due to medical reasons drummer Andrew Rae had reluctantly announced his departure from the band. Today we received the good news that The Room had now found a replacement for Andy…

“Uxbridge based Chris York is today unveiled as the new drummer for UK crossover progressive rock band The Room following the forced retirement of Andrew Rae through the onset of tinnitus.
York brings over 30 years of live and studio experience to the band as they start work on the follow up to their critically acclaimed debut album ‘Open Fire’.

“I am thrilled to have been asked to join The Room” said York “We have played together a number of times now and it has been so easy to fit in. I love the album and playing the tracks live is going to be really exciting”.

Vocalist Martin Wilson commented “it was a really difficult moment for the band when Andrew left. However we are absolutely delighted that Chris has agreed to join us on the next part of our journey. We loved Chris’s sense of humour; his take on our material and of course his excellence behind the kit.”

The Room play a showcase event in London during May, Home Farm Festival in June, The Cambridge Rock Festival in August plus dates in Market Harborough and Leicester later in the year.”