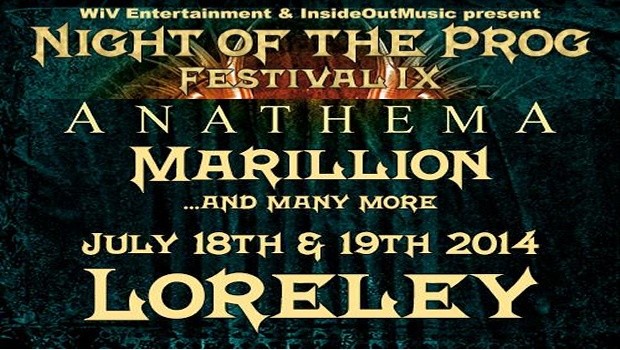 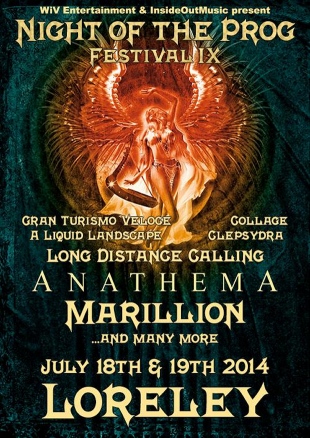 We reported back in February that The Alan Parsons Live Project had been confirmed for a ‘pre-show special’ to be held on Thusday 17th July 2014. Although not part of the festival per se – it will be a fantastic opening for this year’s Night Of The Prog Festival IX.

The Night Of The Prog Festival IX organisers, WiV Entertainment and InsideOut Music, have now revealed that Marillion will headline the Saturday evening and although Friday night’s headliner is “in the bag”, they were unable to confirm at this moment in time. Since this posting Transatlantic have been confirmed to head up Friday night’s show…

The Night Of The Prog IX Festival takes place on Friday 18 July & Saturday 19 July 2014  and will be again located at the Loreley Amphitheater on the river Rhine.

Along with Marillion the festival organisers confirmed in January that Anathema would be performing a long with appearances from Long Distance Calling, Clepsydra, Collage, A Liquid Landscape, Gran Turismo Veloce and many more to be revealed soon…

In the meantime here are some photo’s to remind you of last year’s festival – taken by TPA’s Dave Baird!