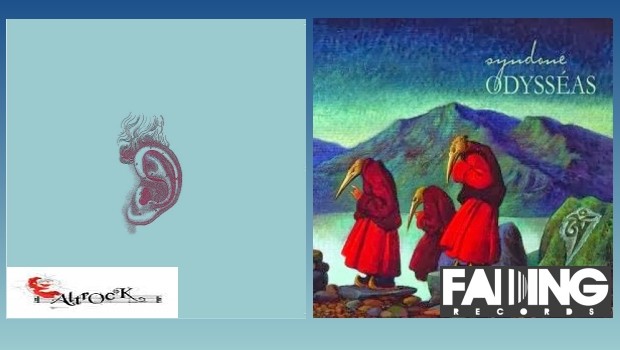 It’s a sort of dreamlike journey in which adventurous music and emotions come together. Carolina Restuccia’s vocal extension and interpretation is as usual astonishing: intriguing, mysterious, dark and shining at the same time. Fans of RIO and not conventional progressive-rock will be delighted for sure! Cannot miss it!

Odysseas is the fifth album of the renewed Syndone, new prog folk band active during the early ’90s, back in action with the reunion of 2010. A fascinating concept album dedicated to travel and discovery , enhanced by collaborative efforts and to cover A Oriente (1979 ) by Lorenzo Alessandri, one of the most important exponents of surrealism Italian painting. Compared to Melapesante (2010) and La Bella è la Bestia (2012), Odysseas shows a band still more decisive, firm and tight-knit, which provides an updated and dynamic symphonic prog-rock ’70s.